We had a range of excellent, good, and bad.

I’ll start with the “excellent.”  Patrick Morrisey has been nominated by the Republican Party to the United States Senate.  This is good news.

Patrick was the WVCDL-endorsed candidate, and I know many of you volunteered for his campaign.  Those of you who did, thank you!  You had an impact.  If you were a Jenkins or Blankenship supporter, in this case, it is time to rally around the pro-gun candidate. Joe Manchin must go.  And it is the WVCDL’s considered opinion that on 2A, there was no better candidate in the field than Patrick Morrisey.

That fight is not over.  Senator Fudd is extraordinarily well funded, and cash is going to pour in from wealthy donors in treacherously anti-gun states like New York and California.   Please volunteer for Patrick Morrisey.  Any time you can give DOES make a difference.  And we must get the guy who thinks the Second Amendment is about rabbit hunting out of the Senate!

Now for the good.

The “good” news here is actually a little mixed.  WVCDL endorsed candidate Rupie Phillips lost the primary by a narrow margin.  This is obviously disappointing, and highlights just how important every single vote can be.  However, the good news is that the other leaders in that race have really solid 2A records.  And Carol Miller who won that primary has an excellent record and an A grade with the WVCDL.

Carol will be going up against democrat Richard Ojeda, who recently has made some anti-gun commentary.  The West Virginia Citizens Defense League has extended an offer to sit down with Mr. Ojeda to clarify his positions.  He agreed to do so “some time in the future,” but has not reached back to us to schedule that discussion.  His time is running out.  Our second round of grades and endorsements is coming soon. At present, his grade reflects his statements and position.

And finally, the bad news.

Senator Robert Karnes (R – Upshur) lost his primary last night.  Senator Karnes has been a staunch and vocal fighter for the Second Amendment in our legislature since his election.  Here’s to hoping that West Virginia Citizens Defense League C-rated Bill Hamilton, who won that primary, comes to understand the very pro-gun views of the wider 11th district, and improves his position on our rights.

There were many other significant races that will have an impact on our rights.  They are too many to list.  As November looms, stay up to date on our candidate ratings.  When you see a checkmark beside a candidate’s name, that is your signal to get involved.  Send donations.  Volunteer time.  Spread the word on social media.

YOU CAN IMPACT YOUR REPUBLIC. 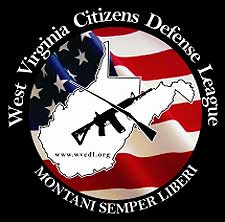 The West Virginia Citizens Defense League (WVCDL) is a nonpartisan, nonprofit, all-volunteer, grassroots organization of concerned West Virginians who support our individual right to keep and bear arms for defense of self, family, home and state, and for lawful hunting and recreational use, as protected by the state constitution and the Second Amendment of the United States Constitution. Visit: www.wvcdl.org

The mid-terms will be even more important than the 2016 Presidential election. If Nacy Pelosi gain control of the gavel again, you can be sure that the Democrats (Communists) will try to impeach Trump, and you can be equally sure that there will be a devastating list of gun control bills that are passed. Life and gun ownership as we know it will be a thing of the past.

You missed the fact that 30% of the people that voted the democratic ballet in WV voted against Flip Flopping Joe. We need to make sure that that 30% continue to vote against him.

Too many people only get involved with “politics” a week before an election. Most people don’t bother to vote in Primary elections or attend a caucus.
Citizens should be involved every day. It doesn’t take all day, it does take some cash, some time and a few phone calls and letters to back up your membership in NRA and your local clubs and associations.
Be a citizen. Bloomberg may have billions but we outnumber him.