CHICAGO – -(AmmoLand.com)- Second Amendment Organization is pleased to announce that Rob Pincus has joined our Board of Directors and has accepted the role of Executive Vice President.

Rob brings over twenty years of experience in the Gun Industry and a lifetime as a shooter. Rob is one of the industry’s most vocal leaders. He is both an advocate and an educator. His work with the United States Concealed Carry Association, National Rifle Association, National Shooting Sports Foundation, Second Amendment Foundation, Personal Defense Network, I.C.E. Training Company, and countless other Pro-Gun-Rights Organizations has influenced millions of American Gun Owners. He has frequently spoken on behalf of responsible gun owners in national and international media. His views are sometimes controversial and often confrontational as he has combated ignorance and negligence around firearms and firearms rights.

He understands the need for an assertive, inclusive and rational gun rights organization.

The Second Amendment Organization was founded on a response to the cultural shift that occurred in the US after the vicious killings at Sandy Hook. After that tragedy, an unprecedented number of large corporations, international companies and local business began declaring themselves and their locations as Anti-Gun or “Gun Free Zones”.

A few people stood up in opposition to that movement and declared their businesses as Gun Friendly… one of those businesses was mine. In the wake of that decision, I received a great deal of media attention and was soon joined by other businesses around the county. I saw an opportunity to motivate and celebrate the message of Support for the Second Amendment from businesses outside of the gun industry in a way that had never been done before. I was joined by a few like-minded individuals and started 2AO as a non-profit.

Within a few years, we established chapters in over 20 states and had well over 250,000 Businesses Committed to our cause.

Under Rob’s leadership, 2AO plans to expand our efforts and activities. Our Mission is now threefold:

Our Board has had the utmost respect for Rob Pincus’ work over many years. We are honored to have him join us and we look forward to working with him to accomplish our goals. 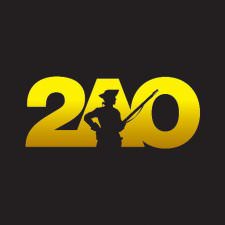 2AO is a grassroots Second Amendment advocacy and education organization with a focus on all shooters and firearm owners and pro 2nd Amendment businesses in America. Second Amendment Organization (2AO LLC) is a registered 501c3, founded in Washington DC and headquartered in San Antonio, Texas.

To be fair, Rob says he is not a fan of it, doesn’t support it for urban environments and considers open carry for political purposes to be “ass clownery” I believe he also said it was foolish later in the video,

So, I’m not sure if “100# opposed to OC” is fully accurate. The comments are there, as is the video so watch and make a judgment for yourself.

You would be hard pressed to find someone with more knowledge and experience who can explain the facts in easy to understand way. I may not always agree with him, but he someone we know has our backs 100%. He has great foresight about what the antis are going to try next !! I am happy for my friend and applaud this move !!

He’s also 100% against open carry. Not someone I support .

That’s not actually true… but some people seem to love to spread that around.

You can read my actual positions here:

“A lie is halfway around the world before the truth gets its boots on.” – Mark Twain

Most gun folks like the concept and appreciate the right to open carry. It may have it’s place but it’s hard for me to understand why someone would want to single themselves out to be viewed as a potential deterrent to an illicit act and the first to be shot in the back of the head. I’m retired LE have carried CONCEALED and taught young police officers how to shoot and survive for over 40 years. Why give up the advantage of carrying concealed??

You would probably find that if everyone was open carrying that is concealing it wouldn’t be close to “singled out”.

Chris, maybe, but I don’t think there are enough folks carrying, open or concealed, to make that a reality. Carrying concealed allows you to choose weather or not you even need to be in that fight and there are certainly going to be situations when you need to back away and be a good witness. If you are carrying openly, those decisions are going to be much more limited and you may end up in a confrontation you cannot win. Carrying concealed allows you more control of the situation vs allowing the situation to control your actions.