Las Vegas – -(AmmoLand.com)- The Bureau of Alcohol, Tobacco, Firearms and Explosives (ATF) and the National Shooting Sports Foundation (NSSF) — the trade association for the firearms industry — has announced a reward for information leading to the arrest and conviction of those responsible for the theft of firearms from the Guns World LLC Federal Firearm Licensee (FFL)

This reward is part of a larger national cooperative initiative between the NSSF and ATF in which the NSSF matches ATF rewards in cases involving the theft of firearms from federally licensed firearms retailers. ATF works closely with members of the firearms industry to curb the criminal acquisition and misuse of firearms.

The suspects burglarized the shop around 3:00 A.M., September 12th. Surveillance video showed the suspects driving a pick-up truck through the area. The suspects then entered the premise (located at 955 West Craig, #110) through an adjacent unit. The suspects removed 9 handguns from the store and fled the scene at around 3:15 A.M. Three of the suspects were seen wearing dark colored hooded sweatshirts (one being an Oakland Raider sweatshirt), dark pants and masks. While a separate suspect, a Caucasian male of thin build, was seen wearing a T-shirt with a vertical American flag on the front, baseball cap, blue jeans, and dark sneakers. ATF and the North Las Vegas Police Department are investigating the burglary.

Anyone with any information about this crime should contact ATF at 1-(800)-ATF-GUNS (1-800-283-4867) or the North Las Vegas Police Department at (702) 633-1704 or visit www.reportit.com or through the mobile “reportit” app, available both on Google Play and the Apple App Store. All calls will remain confidential. 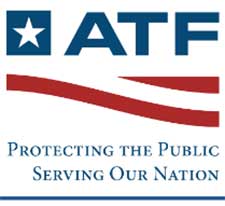 ATF, along with its law enforcement partners, are committed to ensuring that our communities are safe, and that those that commit violent crimes such as these will be held accountable. ATF works closely with members of the firearms industry to curb the criminal acquisition and misuse of firearms. For more information about ATF, go to www.atf.gov.

I guess tmsime governors and DEMORAT POLITICIANS will punish law abiding gun owners with taking away more of our gun rights because of the crimes criminals commit and they are clueless on how to deal with them.They can’t control the crimes being committed on a 24/7 basis , cluless on a process to punish these criminals. So we know there answer!! Punish the law abiding gun owner. When are we gonna UNITE and take a stand. Seriously. Make a real commitment to stop these DEMORATS from taking our GOD GIVEN RIGHT AWAY? IT’S CALLED OUR 2ND. ANENDMENT. WE BETTER DO… Read more »

It is not answered HOW they gained access to the adjacent unit, from which their entry attack was made.

These guys Must have passed an Intense background check otherwise how could they posses the handguns.
Proof that bad guys will find a way to get a gun while a law abiding citizen is – in many instances – denied purchasing or owning one.

Only removed 9 handguns? Sounds rather selective and limited in scope for a gun store burglary. You’d think they’d grab as much as they could carry.