USA – -(AmmoLand.com)- Watching children die while doubling down on gun-control and doing nothing to stop human violence seems to be a favorite pastime of the political left, but occasionally even gun-grabbing Republicans jump on the woke wagon.

After pretending to support the 2nd Amendment and receiving an endorsement from the National Rifle Association during his 2020 congressional run, Rep. Chris Jacobs (R-N.Y.) has used the recent school tragedies to switch gears, break the promise he made to his supporters and join the Democrats in their mission to ban semi-automatic rifles. Chris Jacobs is currently running in New York State’s 23rd District.

When referring to the Buffalo, NY killing, Representative Jacobs said, “I believe it’s important to be transparent on my views on this, and certainly what has happened here in our community, it’s an unprecedented massacre.”

Apparently, transparency wasn’t important to him when he was accepting an endorsement from his Constituents and the NRA with respect to his support of the 2nd Amendment.

It would seem Jacobs used the tragedy in Buffalo, NY to become the face of what would be yet another failed “assault weapons” ban. According to an article in the Hill on May 28th, 2022, He told reporters that if a bill to ban A.R. 15 style weapons came to the house floor, he would vote in favor of it. Jacobs is also in support of a 21-year age requirement for buying firearms. Apparently, Jacobs believes guns should be off-limits for 18-20 years old’s unless they are shipped off to war fighting for Jacob’s freedom. Never mind getting behind a policy that would harden our schools and implement more armed security to protect our children and teachers. Instead, Jacobs seems more interested in using the deadly killing in his hometown as an opportunity to ban the guns owned by his very own Constituents.

As we know, the 1994 “assault weapons” ban did nothing to stop the violence. As a matter of fact, it decreased the ability of good people to defend themselves by limiting the accessibility of America’s most common firearms. Some data indicate that it may have even impeded the downward trajectory of gun-related death that was in motion prior to the ban. The law “sun-setted” 10 years after it went into effect because it simply did not work to solve the problems it was “intended” to solve. Even representative Chris Jacobs said when referring to the 1994 assault weapons ban “it was not as effective as you think.” But he would support it again. 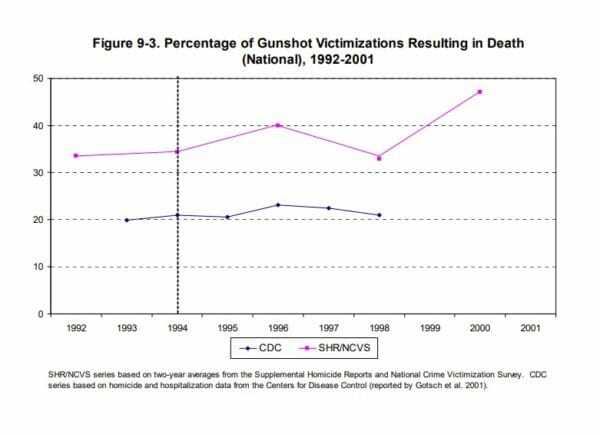 From the report, “An Updated Assessment of the Federal Assault Weapons Ban: Impacts on Gun Markets and Gun Violence, 1994-2003”

“AWs were used in no more than 8% of gun crimes even before the ban.” 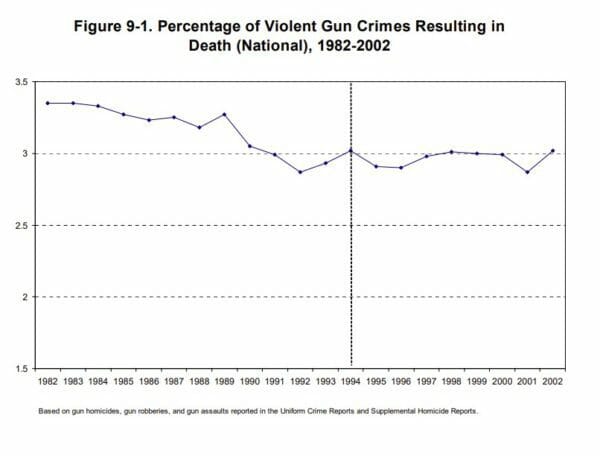 If banning semi-automatic rifles, limiting magazine capacity, and restricting 18–20-year-old adults from owning a gun didn’t work the first time, what benefit would a politician get out of supporting the same thing again? Surely Chris Jacobs wouldn’t vote to violate the rights of the people who trusted him for political purposes, would he?

There is good news, however. Due to the intense backlash over Jacobs abandoning the people he represents and attempting to violate their 2nd Amendment rights, he has decided that he won’t be running for re-election.

He said, “The last thing we need is an incredibly negative, half-truth-filled media attack funded by millions of dollars of special interest money coming into our community around this issue of guns and violence and gun control.”

Actually, Chris, the people could see through your hypocrisy and have run you out of town. As they should.

The 2nd Amendment is not a privilege. It’s your right.

Dan Wos is a nationally recognized 2nd Amendment advocate and Author of the “GOOD GUN BAD GUY” series. He speaks at events, is a contributing writer for many publications, and can be found on radio stations across the country. Dan has been a guest on the Sean Hannity Show, NRATV, and several others. Speaking on behalf of gun-rights, Dan exposes the strategies of the anti-gun crowd and explains their mission to disarm law-abiding American gun-owners.

“If banning semi-automatic rifles, limiting magazine capacity, and restricting 18–20-year-old adults from owning a gun didn’t work the first time, what benefit would a politician get out of supporting the same thing again?” Well: Outlawing semi-automatic AR15 type rifles and standard full capacity magazines is NOT a “reasonable compromise” – IT IS THE ENDGAME! It is the difference between an effectively armed citizenry that possesses the capability to defend it’s freedoms – and a citizenry restricted by law to low capacity sporting arms that NO LONGER possesses the capability to defend it’s freedoms! It tips the “balance of power” firmly… Read more »

Thanks Mr. Wos. I have been following this story. I’m very proud of the residents of his district. That’s the kind of grassroots action needed Countrywide. We have been pretty comfortable sitting back while the activists in the alphabet agencies, useful idiots, mendacious reprobates we were duped into supporting, and the genuine evil commie puppet masters in and in the periphery of the dimocRAT party have been working 24/7-365 at taking away our God given rights. Those days are GONE. If every single one of us here reading Mr. Wos’ article laid down the iPads/tablets/phones and called our county elections… Read more »

I never understood why if an 18 year old is not allowed to buy a gun because he’s not mature enough, mentally fit enough, or reliable enough, what makes them okay to buy one when they’re 21? This case then should also apply to voting and enlisting in the military. They can screw up this country more by voting than they could by buying a gun. The current president is a case in point.

There must be a virus in washingtoon that turns people into liberals that were never liberals in the first place. Living in the bubble of the beltway, so close to liberals/democrats the virus is easily spread from person to person and the easy flow of money helps ease the pain of transition from repukeican to liberal.

no i think no sane person wants to deal with the slime in dc I would be prone to kill them all and let their god have them , we know Jesus would be saving very few

Last edited 7 months ago by swmft
0