SMYRNA, Ga. –-(Ammoland.com)- Today GLOCK, Inc. announced its contract award by the United Kingdom Armed Forces, to use the GLOCK 17 Gen4 pistol for its personnel.

The Ministry of Defence (MOD) chose GLOCK to deliver 25,000 pistols by the end of March 2013. Troops deployed to Afghanistan will be among the first to use the new weapon.

Warrant Officer Class 1 Mark Anderson, Royal Marines, who conducted a trial of the new weapon before the contract was awarded, enthused, “Pistols are vital in close combat and are a key part of a soldier’s armory. Reliable, light and easy to carry, the GLOCK inspires confidence and performs exceptionally well.”

“After extensive and intense tests and evaluations, GLOCK is pleased to be selected by the MOD,” stated Josh Dorsey, GLOCK Vice President. “The deciding factors were the GLOCK’s higher magazine capacity, the superior accuracy, the ease of use and maintenance and the reliability. The GLOCK SAFE Action System also enables the pistol to spring into action faster.”

The selection process for replacing the Ministry’s previous guns was stringent. The trials for eight of the leading pistol manufacturers in 2011 consisted of a human factors integration test, nine months of scientific evaluation and a coinciding nine months of environmental trials under different climatic conditions. Ultimately, GLOCK proved the best fit for the MOD, and contracts were signed in 2012.

The GLOCK GROUP is a leading global manufacturer of pistols and accessories. GLOCK’s superior engineering has produced a pistol with only 34 parts and a rugged polymer-frame, providing industry-leading reliability shot after shot. GLOCK is renowned for its pistols which are safe, featuring three safeties; simple, offering a low number of components to provide reliability; and fast, with no encumbering parts to slow the speed to fire. This combination makes GLOCK pistols the first choice among consumers and law enforcement, with 65% of agencies within the United States choosing to carry GLOCK. Austrian-engineered, the group has manufacturing facilities in the United States and Austria. Based in Smyrna, Ga., GLOCK, Inc. is an advocate for our nation’s law enforcement and military personnel, as well as all citizens’ Second Amendment right to bear arms. For more information, please visit www.glock.com. 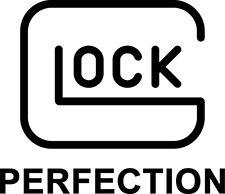