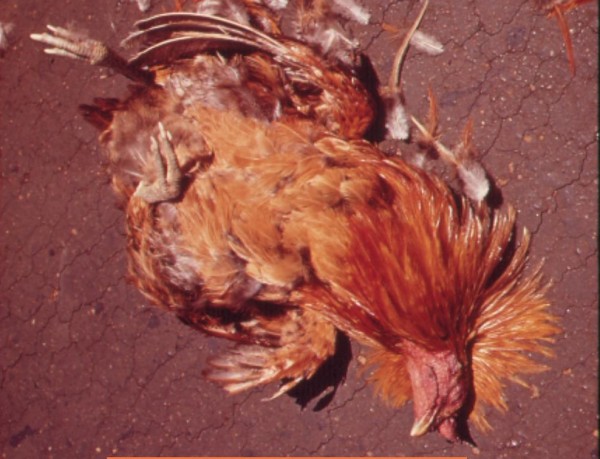 Arizona – -(Ammoland.com)- In Kansas, a dog owner deliberately let his dogs run loose and unsupervised.  At least one of the two dogs, a 90 lb, 10 month old Presa Canario, attacked a neighbor’s chickens, killing some.   The neighbor called animal control, then grabbed a shotgun and went to defend his livestock.   The Presa Canario charged at him, and he shot and killed the marauding animal.
Shawnee County Sheriff press release:

Killing dogs that are threatening or attacking livestock or humans has long been understood as legitimate and protected under the law.  From nolo.com:

Generally, it’s perfectly legal to do anything necessary to stop a dog caught in the act of attacking a person or livestock. A dog’s owner is not legally entitled to any money from someone who injures or kills the dog while protecting a person or farm animal from attack. Nor is the person guilty of a criminal offense; many animal cruelty laws specifically exempt the act of injuring or killing a dog in these circumstances.

Kansas law is particularly clear.  It not only allows the livestock owner to kill a dog caught in the act, but to kill a dog after the attack, in a “reasonable time”.

For example, a Kansas jury vindicated a farmer who shot and wounded a dog he found attacking his hogs. He shot at the dog, but it ran away, with the farmer in hot pursuit in his pickup. The dog ran home, where the farmer shot it twice and left it hiding, wounded, under the house. When the dog’s owner came home, he rushed the dog to a veterinarian; it eventually recovered. The owner sued for almost $8,000, but the jury came back with a verdict for the farmer. (McDonald v. Bauman, 433 P.2d 437 (1967).) The Kansas statute allows a livestock owner to kill a dog that has been found injuring livestock “a reasonable time” before.

Owners are responsible for the actions of their animals.   It does not matter if there is a leash law in the jurisdiction where the attack occurs;  the owner is still responsible for damage caused by their animal.  In a strange inversion of responsibility, the breeder of the Presa Canario has put up a “Justice for Marley!!” petition that makes rather extravagant claims, considering that the breeder was not there.   The claims contradict the Sheriff’s press release, but confirm that the dogs were deliberately let loose and unattended.  One of the claims is:

However, no chickens were harmed or killed,

How the breeder would know this, as they were not present, is not explained. This is the Presa Canario that was shot.  The ears appear to be cropped, as is common for this breed.  The breed originally started out as a war dog.  Several attacks on people are listed in the wiki article, but it is impossible to know if the attacks are more or less common than for other breeds.

The breeder of the dog said that they would look into a civil action against the man who was protecting his chickens and himself.  From cjonline.com:

I will be speaking to a lawyer on Monday to see if anything can be done in civil court, and all I’m wanting is justice for Marley.

It seems unlikely that the breeder would have grounds for a lawsuit.  She had already sold the dog, so she no longer has a property interest in it.  In any case, it seems more likely that the owner of the chickens would have a valid claim for damages, as he has dead chickens directly caused by the actions of the dog’s owners.

Dogs act differently around other people when their owners are not there.  They act differently when they are with other dogs than when they are alone.  Many dog owners think of their animals as differently shaped humans.  They are not.  They are animals and the animal’s owner is generally responsible for the actions of their property.  If the chickens in this case had gone to the dog owner’s property and caused damages, such as making a mess, that property owner would be able to claim damages against the chicken’s owner.

Several years ago I lived in the country and had 50 chickens in a pen. We came home one day and 17 chickens were dead. Called the sheriff’s office and got a deputy who asked us ” You got a 22? Take care of business! When I sot the first one, I called the phone number on the collar. to ask the owner for $100 for my laying hens. His response? My dog doesn’t kill chickens!! So I asked him how come I had to shoot his dog to get his phone number? He hung up. Stupid people who are… Read more »

We’ve come a long way from the days when guns were made specifically for that purpose. They were called ‘bicycle guns’ or ‘Velo-dog’ revolvers.

Sounds like the dog isnt the only thing needing shot…..