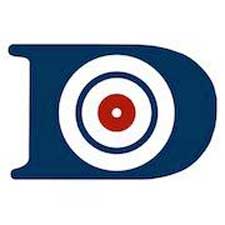 Members of the prestigious event’s first winning team helped hand out medals to the young marksmen, ranging in ages from 8 to 15.

Cumulative scores determine the winner in the 5-meter, four-position BB gun match, which was held inside the Hammons Convention Center in Rogers, but the results of a written test on firearm safety and competition rules is included in that total—an exam more than one competitor claimed is the toughest part of the event. This year there were 43 perfect scores. The top shooters in each firing line position also receive individual medals.

Daisy presents each team that attends a $1,000 award to help cover travel expenses. Despite the often-long trip, and an event that lasted from July 2 through July 5, opening ceremonies drew a standing-room crowd in excess of 2,100 people.

Freelance writer and photographer Guy J. Sagi attended and has shared a short video/slide show of the young competitors on his Fear and Loading YouTube.com channel.

“Mainstream media focuses on everything negative, but one quick look at the discipline, concentration and patience shown on the firing line will convince you our nation is in great hands when these youths take over,” he said.

“The time invested by the parents and coaches is paying huge dividends.”