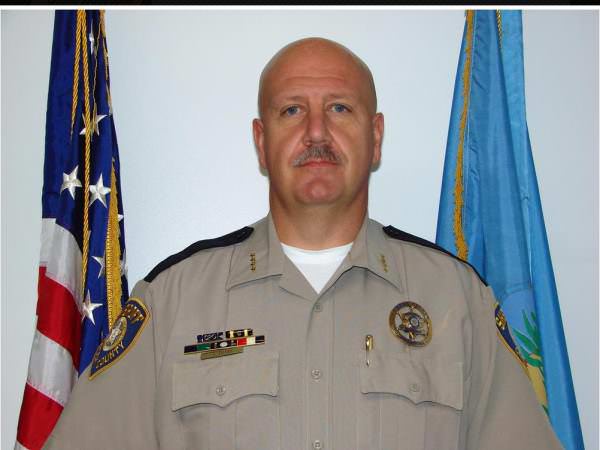 Arizona – -(Ammoland.com)- John Davis, Creek County Sheriff in Oklahoma, is doing what he can to encourage armed citizens.  He recently lowered the fee for fingerprints from $25 to $10. He says he is not allowed to reduce it to zero.  From tulsaworld.com:

In a letter from Sheriff John Davis posted on the Sheriff’s Office’s Facebook page, he wrote “As a result of the ever-increasing violence being committed upon the American citizen and the current state of our country, I encourage each citizen of Creek County who is legally able to fully utilize their Second Amendment right ‘to keep and bear arms,’ as legally prescribed by the Self-Defense Act.”

Davis wrote that while he didn’t have the authority to waive the entire fingerprinting fee associated with concealed carry handgun licensing, he could reduce it.

I found a class available in Tulsa for $50, offered in one day by the Tulsa Red Castle Gun Club.

Minimum fees are thus $100 for the permit, $50 for the class, and $10 for the fingerprinting. Two passport type photos are also required.

It is helpful of Sheriff Davis to reduce his finger print fees and to open the office on Saturdays so that people will not have to take off from work to get their fingerprints done.   From the Sheriff’s Office:

Beginning January 2016 the Creek County Sheriff’s Office Administration building will be open from 09:00am to 1:00pm for fingerprinting on the Following Saturdays.

The easier it is for people to get permits or to carry, the more people will carry, and the more crime will be reduced.

John Lott has found that each $10 increase in fees reduces the number (pdf) of permits by half a percent of the population. Sheriff Davis’ $15 reduction may be measurable in Creek County. John Lott has not studied how much a chief law enforcement officer’s encouragement influences carry rates. I suspect that it has a significant effect, likely more than the fee reduction.

More and more Chief law enforcement officers are encouraging people to become armed, to get training, and to defend themselves.  Sheriffs are more common than police chiefs, perhaps because Sheriffs are nearly always elected, and are thus more accountable to the people.  Sheriff David Clarke of Milwaukee County, Wisconsin, has become one of the more vocal and effective proponents of armed citizens.  Police Chief  James Craig of Detroit may be the most prominent police chief of this group, but more and more police chiefs are encouraging citizens to become armed as well.  This trend is going to grow and accelerate as more citizens legally exercise their right to carry arms.

With more Chief law enforcement officers actively supporting armed citizens, the cultural shift away from the discredited “more guns equal more crime” theme will continue to gain ground.
c2014 by Dean Weingarten: Permission to share is granted when this notice is included. Link to Gun Watch

Do you have a compilation listing all the officials who have encouraged gun permits?

This is the kind of man every sheriff should emulate. Thumbs up, Sheriff Davis !!

GREAT ! . We need that man in california .

Let’s have a round of vigorous applause for Sheriff Davis !!!