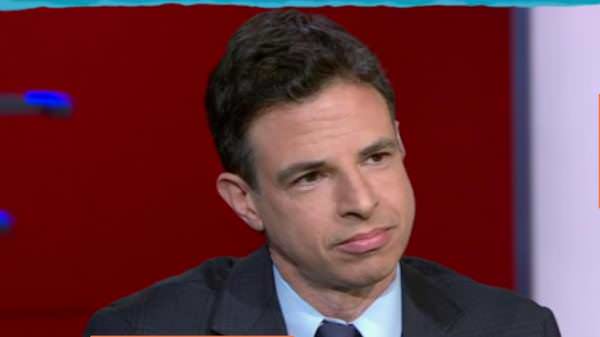 In Connecticut, a cynical lawyer is attempting to destroy the Second Amendment for money.   Josh Koskoff, a medical malpractice and personal injury  specialist in Connecticut, is taking advantage of the grief of parents and staff from the Sandy Hook massacre to attempt to destroy innocent firearm manufacturers.

He has filed suit against gun manufacturers who make the AR-15 rifle that was used in Sandy Hook, the wholesaler, and the retailer, Riverview sales.  It appears that the shooter, who I will not name, has claimed another innocent victim.  Riverview sales, who had done nothing illegal, is now defunct.  Josh Koskoff is attempting to claim more innocent victims.  This is the ploy that was hatched by disarmists that led to the Protection of Lawful Commerce in Arms Act (PLCAA).

The stated purpose was always to bankrupt innocent companies through frivolous lawsuits.  The PLAA forbids that, and allows for the rewarding of court costs and lawyers fees if the attempted lawsuit fails.   There are exceptions in the law for the usual problems of negligence.  One of those is negligent entrustment, where a person supplies a gun to someone who they know is not allowed to have one.  As the gun manufacturer had nothing to do with supplying the AR-15 to the shooter, who, after all committed murder of his own mother to obtain it, this is an enormous stretch.

The theory that Josh Koskoff attempts to make is this.  From courant.com:

In a 48-page brief arguing against dismissal of the case, attorney Josh Koskoff is trying to establish that the common law theory of negative entrustment applies to the introduction of the AR-15 into the market by the Bushmaster Firearms International, the manufacturer of the weapon used by Adam Lanza in his shooting spree inside the school that left 26 people, including 20 children, dead.

In his brief, Koskoff argues that the AR-15 has no business being sold to civilians, that it was made for the military and “is built for mass casualty assaults” and to deliver “more wounds, of greater severity, in more victims, in less time.”

There are so many holes in this argument that one wonders why Koskoff is bringing the case at all.  Has he notified his clients that they are liable for the other sides’ court costs and legal fees when he loses the case, which seems most likely?

First, one of the main purposes of the Second Amendment is to insure that military arms suitable for a militia are available to citizens.  Such was clearly ruled in the U.S. v. Miller case that established precedent before the Heller and McDonald cases.  Miller was not overturned by those cases.

Second, rifles such as the AR-15 are seldom used in crime.  Murders with all rifles are only about 2-3% of homicide victims.  To claim that these rifles, among the most popular in the United States, and the most suitable for militia service, should not be made available to the public because they are used in disproportionately less crimes than other firearms, is insane.

Third, it is exactly the characteristics of the rifle that make it useful to the military that make it so well suited for defense of self, neighborhood, and community if the need arises.

This is precisely the type of emotional, abusive case that the PLAA was designed to prevent.  Most observers believe that the case will be thrown out.  Even when that happens, the plaintiffs are likely to be on the hook for hundreds of thousands of dollars in court costs and lawyers fees.

A similar case happened in Colorado where a couple who filed a lawsuit against Lucky Gunner in the Aurora Theater shooting, was required to pay the legal fees, amounting to $202,000 dollars.  The award is under appeal.

I hope that Josh Koskoff has informed his plaintiffs of the financial risk that he is putting them in.  It would only be right.

Dean, always enjoy your articles. I read the definition of “disarmist”, and could help but notice a similarity to the list of thugs that Hedley LaMar (Harvey Korman) issued in the movie “Blazing Saddles”. The one you left out, but Hedley didn’t, was “Methodists”, which would also be accurate, as the United Methodist Church is one of the major forces behind “gun control”.

First, this 5th Street lawyer will have to prove that Sandy Hook actually happened! Good luck with that!

These plaintiffs are going to end up with a huge legal bill. Anyone remember the Lucky Gunner case. Maybe the plaintiffs will sue their lawyer for failing to disclose the financial legal risk.

It’s a fact of life. Lawyers profit from other peoples pain. And when they go into ‘Politics’ they get a chance to inflict more pain.

>>>”Josh Koskoff…is taking advantage of the grief of parents and staff from the Sandy Hook massacre…”<< https://www.facebook.com/HoaxAtSandyHook/posts/1031567313548248. Then start doing your own Sandy Hook research. When you do, you will realize that our institutions of power are corrupt to a degree that is almost beyond belief.)

The AR15 is the most product-improved rifle over the last fifty years. It is truly the modern American “musket.” Our forefathers documented in the 2nd Amendment our God-Given right to self defense and defense against a tyrannical “govern”ment. History is replete with the demise of nations once “The People” were disarmed. I’m 66 years young and never in my entire life have I ever been so afraid of my American “govern”ment and its unethical, immoral leaders, irrespective of their party affiliation. None of them can be trusted. Use your vote, your contributions, and your time wisely in order to make… Read more »

Josh Koskoff? What kind of name is that?

Newtown was a hoax. It was a FEMA drill. Read the book by Professor James Fetzer “Nobody Died at Sandy Hook”
Banned by Amazon! Ha, what are they so afraid of?
400 + pages of documented evidence . The whole event was staged to lay the groundwork for cases like this.
You can still find other sites to download a copy. READ IT!

Right on, Croc, Sandy Hook was a hoax. And for more proof of this, google “David Wheeler played 2 roles at Sandy Hook”. In the list of hits you will get, find the ones that link to video clips. There you will see Either Mr. Wheeler or his exact duplicate clone, posing as a swat team member and walking around the site. On one walk he is empty handed, and on another he is carrying 2 rifles, one by the clip upside down with the barrel pointing at everyone behind him. The film also shows that he and his wife… Read more »

I think that not only should the people who are supporting Koskoff in this case be liable for court costs and damages, but so should the attorney (Koskoff) who brings a frivolous lawsuit.
If this attorney brings numerous frivolous lawsuits, then his license should be reviewed and perhaps he should be suspended from practice for a period of time, say 5 years. It might slow down the litigious nature of our society.
/r Martin

but so should the attorney (Koskoff) who brings a frivolous lawsuit that wont work either, becuase its not up to the lawyer to determine frivolous you want him in trouble the same way a bakery is in trouble for not serving a cake at a gay wedding? you see, once the state got in and said, you cant discriminate, well, it takes a form of discrimination to decide that a case is frivolous and so not persue it. you may find that poor africans try to have more cases than maybe rich caucasians, and then what? the lawyer is a… Read more »

Their case has no merit, based on the absolute fact no one was killed by a gun, but by bullets. They are barking up the wrong tree and their greed and need for vengeance has gotten the best of them. While I feel sorry for them, I can’t support making millions of people less safe without guns than with them.

Koskoff don’t think civilians should own AR15’s ? These fools just can’t get past the cosmetics. My Ruger Mini-14 does everything my AR’s do and usually more accurately too. Bushmaster will prevail in this frivolous bullshit and counter sue and take millions !

The plaintiffs have no real idea of how expensive this will be for them… but the point to the case is not guns, its opening up a whole new area of law and legal games for an industry so full of practictioners that its hard to make a living if your not on the top, or made notable by such things. the idea is whether or not ot make inventors and such liable for inventions that others dont like when misused. would wustoff be in trouble for making the iconic knife used in horror movies? yeah silly but think this… Read more »

There needs to be another stipulation. The lawyer bringing the frivolous lawsuit needs to be PERMANENTLY disbarred upon losing the case.

The only reason this case wasn’t thrown out immediately is because of guns, plain and simple.

This is another example lf one bad apple giving the rest of the Bushel the fungal rot. The only place in the Constitution that contains the language ” shall not be infringed” and yet it’s the most attacked. Do Lawyers use a different dictionary than the Subjects are held accountable to? I know that’s a tough question after the last 7 years, watching the usurper in Chief tell us he can’t do that and then does it anyway and the media fawns over his brilliance.

Just like you can craftily make statistics say almost anything thing you want, ambulance chasers–like this clown–give a bad name to the profession. Twist words, create doubt, infer meaning, defer responsibility (from the criminal), impugn the innocent and create a premise that has never existed, et.al. Sometimes deceitfulness masquerades as intelligence, hence the term “Angel of Light” aka Lucifer . . .