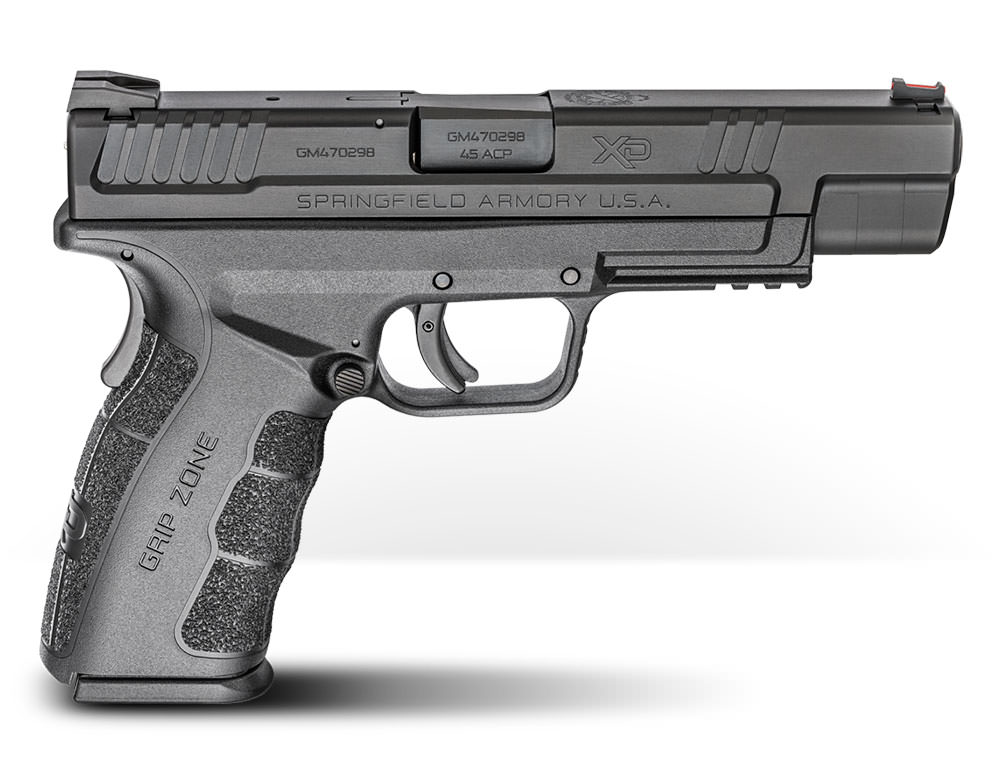 Perfect for competitive, professional, or civilian home defense use, the XD Mod.2 Tactical is versatile, thanks to its slim double-stack profile. Advanced Mod.2 ergonomics make the new pistol easy to control, even when shooting full-power defensive ammunition loads. The five-inch barrel creates an extra long sight radius, making fast and accurate aiming intuitive and easy. Additionally, the extra barrel length not only squeezes every bit of velocity potential from the users choice of ammo but adds recoil controlling weight up front to help reduce muzzle flip.

“We’re really excited about adding a .45 caliber version of this pistol,” stated Dennis Reese, CEO of Springfield Armory. “When we launched the 9mm XD Mod.2 Tactical model, all types of customers were enthusiastic about it. It made a great competition, recreational, or defensive pistol. Now with the .45 ACP model, big bore, major power factor capability is available to those same groups.”

The new pistol features all of the XD Mod.2 enhancements. The High-Hand beavertail and grip relief cuts position the shooter's palm and fingers higher on the grip, thereby providing more direct control over recoil torque. The GripZone concept addresses every part of the pistol that contacts the hand. Three different textures are applied to different areas of the grip surface to provide unique grip characteristics for the various contact points. The net result is the right amount of texture at every location without overkill.

Inside, the XD Mod.2 Tactical contains a five-inch, hammer-forged Carbon Steel, Melonite barrel. Underneath, a dual recoil spring system, managed by a full-length guide rod, facilitates perpetual reliability and a soft-shooting feel. The XD Mod.2’s slide consists of Parkerized Carbon Steel, treated with a Melonite finish. It’s designed to resist corrosion and hard use blemishes for a long, long time.

The new pistol, while a double-stack design, features a surprisingly accessible size for a broad variety of shooters. The grip width measures just 1.2 inches. Overall length is 8.3 inches and height is 5.75 inches. The unloaded weight, including an empty magazine, is 31 ounces. For a big bore pistol packing 13+1 rounds, the XD Mod.2 Tactical exhibits a surprisingly manageable size.

Every XD Mod.2 Tactical model ships with a travel-ready, lockable, hard case and two 13-round magazines.

You can get them now. I’ve seen ’em in black on Gunbroker & Bud’s. I’m waiting for the bi-tone model.

Any idea when they will. E available to the public?