John gives us the results of his Clinger Holster V2 No Print Wonder Holster trial/test. 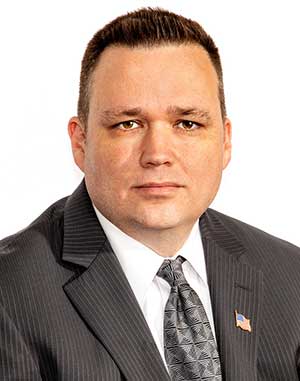 U.S.A. –(Ammoland.com)- I was contacted by Clinger Holsters to see if I would be interested in trying out a couple of their new holsters. Being an individual who loves to try out new gear I agreed to give it a fair and honest review.

The guys over at Clinger Holsters were willing to send the holsters to me with no strings attached so I could run it through it’s paces.

The first holster I got to try out was the V2 No Print Wonder which is their new flagship holster.

The holster is an inside the waistband holster for concealed carry and is a new and improved version of their old No Print Wonder holster.

I decided to try out the holster with my Gen 3 Glock 19 and wear it for a month.

My old go to Glock 19 holster made by Foxx Holsters is a little dated, but has served me well. I I have used that holster almost everyday for about 6 years. I figured it was as good as time as any to change holsters to one with a little more modern design.

The V2 No Print Wonder is a dual clip holster made mostly of Kydex. Unlike most dual clip holster the clips are fairly close together. This at first concerned me because I like the weight of the gun spread out across my lower back. This helps me out with pain due to a lower back injury. I decided to give it a try anyway. The worst thing that could happen is me giving it away to a friend.

One of the upgrades Clinger did to the V2 version of the No Print Wonder that the old version didn’t have is the ability to change into the Clinger Stingray holster. The Clinger Stingray is a single clip holster. The V2 No Print Wonder comes with a plastic clip and hardware so you can easily convert it into the Stingray within minutes. One of the advantages that the Stingray has is the adjustable cant which can go from 0 degrees to 15 degrees. This gives the user flexibility on how they can carry their firearm.

The sight channel is also taller on the V2 than it was on the original Clinger No Print Wonder. This helps out a lot for aftermarket sights and suppressor sights. It is an issue that I had to work with on my old holster since my Glock originally had high suppressor sights installed from the factory. I ended up switching to Ameriglo sights since I don’t usually run my 19 suppressed.

Clinger changed the design in the V2 No Print Wonder Holster to cover the magazine release on firearms to prevent accidental dropping of the magazines. I haven’t had this problem personally in the past, but I have heard of others having this issue including a police officer friend of mine so this is a welcome change.

If you pull your gun you will probably want the magazine to be fully inserted as this helps ensure it is ready to go.

Clinger uses what they call a cling tab to pull the holster in close to the wearer’s body. It is basically a piece of Kydex attached to the holster that pulls it into your body which sounds uncomfortable but isn’t. This patent pending design actually does work. Printing was cut down significantly due to this design, and this is one of the best features of the holster. It is such a simple thing to add that has a great payoff. The other tab on the holster is leather.

I prefer the two clip configuration because of my back so I didn’t wear it in the Stingray form. The single clip design really bothers my lower back. I wear my concealed carry holsters at 5 o’clock on my right side. Having a L5-L4 and a L5-S1 injury makes single clip holsters almost impossible for me to stand for any length of time. Although I did have a friend try out the Stingray configuration and he loved it, but I can not speak about the design for myself other than to say I trust his judgment.

I was skeptical of the holster working for me because the two clips are so close together. I was afraid that it wouldn’t spread out the weight enough and would affect my back. To my surprise, it didn’t cause me any more pain than any other holster with dual clips. This was a really good selling point for me. Wearing the holster is comfortable. No matter how good a holster is if it is not comfortable you might as well throw it in the trash.

I put about 40 hours of wearing this holster. Clinger claimed that the V2 No Print Wonder would not move around and they were right. The holster stayed put right where I liked it and did not move around. It also caught less on my clothes than some other holsters I have tried. I didn’t really have to worry about it pulling up my shirt.

At the range, I was able to draw as smooth as any other holster once I got used to the retention level of the V2 No Print Wonder Holster. For most people this wouldn’t be an issue. A friend of mine also tried it out and he did not mind the retention and quite liked it. Reholstering also was not a problem for either of us, and due to its design it actually made it easier to reholster than a lot of holsters out there.

One issue I did have is one of the screws that attached the clip to the cling tab kept coming off no matter how much I tightened it down and put it back together. I added some Loctite blue threadlocker and it has held up for about a week. Considering it was happening every day the week before I am calling it fixed.

Overall the holster performed great besides the screw incident. Pulling my firearm was quick and smooth. Reholstering was not an issue. It was comfortable to wear and did not move around. Most importantly is that the V2 No Print Wonder had a small print signature even though I was carrying a Glock 19. Glock claims the Glock 19 is a compact pistol, but I think everyone knows it is a duty size pistol.

I do like the way the V2 No Print Wonder looks with the exception of the color. The holster is a tan color. I would prefer just black as I think it blends into the gun a little more when the wearer’s shirt gets accidentally pulled up. This is a cosmetic thing for the most part, and it is just my opinion. Maybe in the future, Clinger can offer color choices.

Clinger has one of the best warranties in the industry. They have a lifetime guarantee on their products and will replace anything that breaks for free for life. They also offer a two week trial period where you can try the holster out and if you are not satisfied you can return it for a full refund no questions asked.

Overall I really like the Clinger V2 No Print Wonder. Now if they just offered it in all black….

Clinger Holsters can be found at www.clingerholsters.com

John is an NRA instructor and a constitutional activist. He is the former CEO of Veritas Firearms, LLC and is the co-host of The Patriot News Podcast which can be found at www.blogtalkradio.com/patriotnews. John has written extensively on the patriot movement including 3%’ers, Oath Keepers, and Militias. In addition to the Patriot movement, John has written about firearms, interviewed people of all walks of life, and on the Constitution. John lives in Northern Virginia with his wife and sons and is currently working on a book on the history of the patriot movement and can be followed on Twitter at @crumpyss or at www.crumpy.com.

I wear the Clinger No Print Wonder, its concealment of my Sig P229 Elite with a 20 RD Magazine is amazing! I’m able to wear it comfortably all day long and have for the past 90 days with TOTAL Concealment, no print what so ever on my full size handgun.

Thanks for trusting us with your CC needs Dan. We are simply honored to serve you.

I had the Atom holster & tried it for two weeks & sent it back. I carry at the 3:00 position & it just felt like a lump on my side. I tried 4 & 5:00 but it imprinted may too much. The main problem I had was reholstering. It has no guard at the back of the holster & I’m more of a…let’s just say…robust around the middle kinda guy & it pinched my well formed love handles when reholstering. I had to make a conscious effort to push outward on the gun after the barrrel was inserted, to… Read more »

Thanks for giving us a try and I’m sorry that you experienced an issue. The Atom is made with a mid sweat shield and is an ambidextrous holster. We have sold many of these! I again am sorry it did not work for you. Please do look at the No-Print and Stingray as both options have a full sweat shield and offer excellent concealment.

Thanks again and we are glad you found a CC option that works good for you. However, we’d be honored to have your business.

I have 11 Clinger Stingray holsters, for a variety of carry guns, I have found them to be the best I have found, for my needs, I carry appendix style, and these holsters are perfect and comfortable to, I will try this new line they have the V2, thanks for the review, and good luck with your back, been there myself and know what you’re up against…
,

Thanks for your business Rod! We are simply honored to serve your CC needs. Don’t hesitate to let us know if you need anything further.