U.S.A. –-(Ammoland.com)- There is an old saying that goes something like this: “If all you have is a hammer, everything looks like a nail.” I am aware of multiple individuals that found themselves behind bars as a result of threatening another with a handgun when an excellent option at the time was to simply walk or drive away. More than a few well-intentioned persons ended being criminally charged when they thought that their lawfully-carried handgun was some sort of 21st century magic talisman that could be used to extricate them from a situation that could have been handled differently up to a point. In Texas, a person commits a Class B Misdemeanor if he threatens to commit any violence to another person with the intent to place that person in fear of imminent bodily danger without good cause (Texas Penal Code 22.07 Terroristic Threat). In some states, improper brandishing of a firearm may be deemed Aggravated Assault.

I would encourage readers to know their state’s laws regarding the use of deadly force. We typically tell our students that at a minimum there are three basic elements to consider:

If I can check all three boxes, and disengagement (drive away, walk or run away, or roll up my windows and lock my doors in my car) is simply not possible, then and only then do I consider resorting to my handgun, but only if a less-lethal form of defense is not an option.

One problem is that persons who are angry often show it by yelling, cursing, adopting aggressive posture, and sometimes even threatening physical violence. The problem is that it does not necessarily mean they intend to attack us, and we may find we are checking off the intent box a little too early. My concern now lies with ability and opportunity, and in no way do I wish to discount the fact that sometimes people have weapons concealed on their body or that they may actually be capable of great violence using their hands and feet. However, is it likely that I am going to need to draw a gun to save my life if I first avoided a confrontation, or disengaged as soon as the opportunity presented itself? If I am in a parked car and unable to drive away because of traffic, how much actual danger am I in from another person who is not visibly armed with a gun if my windows are rolled up and doors are locked? I would be most unhappy if Mr. Road Rage damages my car by kicking it or tries to break a window, but the reality is that my family has had vehicles vandalized on multiple occasions, and once we dealt with insurance and got the damage repaired, we mostly just forgot about it and our lives have been fine since.

It is important to check the ego. If we have to have a handgun on our person in order to more safely deal with an inconsiderate neighbor and are compelled to threaten to draw it or actually draw it, our best-case scenario may be that we have to deal with the legal system thereafter.

Does that mean that there is never cause to draw a handgun? Absolutely not, but it is important to know when it is the right time to lawfully defend ourselves. Training helps.

About the Author: STEVE MOSES 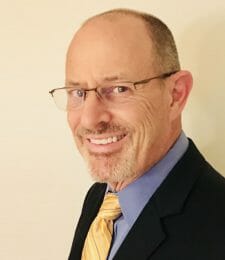 Steve is a long-time defensive weapons and instructor based out of Texas who has trained hundreds of men and women of all ages for more than two decades on how to better prepare to defend themselves and their loved ones. Steve has completed over 80 private-sector and law enforcement-only defensive weapons and tactics classes, and has trained civilian and law-enforcement officers in six states. Moses is a reserve deputy, former member of a multi-precinct Special Response Team, competitive shooter, and martial artist. Steve has written numerous articles for SWAT Magazine and other publications. Steve is a licensed Texas Level 4 Personal Security Officer and Instructor who was Shift Lead on a mega-church security detail for seven years, and has provided close protection for several former foreign Heads of State. He is currently an instructor at Relson Gracie Jiu Jitsu/Krav Maga in Tyler, Texas and Director of Training for Palisade Training Group (www.ptgtrainingllc.com).

Founded by former police officers and attorneys who have all worked on local, and federal levels of law enforcement, CCW Safe, LLC offers legal service membership plans for concealed-carry permit/license holders and law enforcement officers. Two of the founders, Mike Darter and Stan Campbell, have spent more than 20 years each in law enforcement and have been victim of federal lawsuits themselves from shooting and use of force incidents as police officers.  General Counsel, Kyle Sweet, is a former police officer and current owner of Sweet Law Firm, representing hospitals and health care professional across the United States.  With a strong membership base in 50 states, CCW Safe will have the most experienced attorneys in the jurisdiction of the incident handle members’ cases. Learn more on how to become a member at CCWSafe.Com.

The first thing that came to my mind after reading this article was its just another pile of hogwash in a fruit can! If the unknown assailant is standing in front of you, within talking distance, then, they already have the ability and the opportunity. Barriers and fences have little effect on lessening ability and opportunity if the assailant is carrying a concealed weapon and even might be advantageous to the assailant. If the unknown assailant is yelling threats of physical violence upon you, then, they have shown the intent. If you DO NOT recognize this, then, you are the… Read more »

if your dumb enough to draw a gun you better be smart enough to use it.

I for one, agree with Mr. Moses. Much like a hammer looking for a nail, sometimes it seems people carrying may be looking for a fight. Especially those that carry visible. This is a sure way to land on the wrong side of grand jury. One thing many instructors and attorneys will tell folks is to have a default action, or plan in place prior to anything ever happening. Make it something simple that is instinctual in a situation. Mine is “first to run, last to fight.” Simple. My purpose is to protect myself and my family. My purpose is… Read more »

The Revelator
Reply to  Clifffalling

@Clifffalling Ok.. I believe this needs to be addressed, since it has been an issue for some on the side of concealed carry that treads dangerously close to hypocrisy if not waltzing with it outright. Open Carry. On one hand we have CCW proponents who point to those who are gun owners but not license holders and question their decision on public self protection vs private (Not safe without a handgun, not safe with one as mentioned above), and those who have a license and do not carry 100% of the time which they then criticize for. Both of which… Read more »

I believe the authors intent was more along the lines of saying “that alley in the rough part of town is not safe at night with OR without a firearm. Dont put yourself in situations you wouldnt normally go into just because you are armed.”

Obviously youd end up at the supermarket or go to church with or without a firearm. But maybe you wouldnt get gas at 3am, without one… that is the situation he is telling us to avoid. The “risky” situation we place ourselves in due to unwarranted confidence provided by lethal protection

My jaw almost hit the floor when I read that. He lost almost all credibility with those two sentences. Just another person spouting mostly crap in order to drum up some business. The one thing I do agree on is his statement on how some regard their firearm as a talisman and I am waiting for those who derided me over a similar statement to give the writer the same treatment. He is also not well versed in what “Stand your ground” laws allow or require. Thankfully I live in a state that allows you to present your firearm in… Read more »

The Revelator
Reply to  Roy D.

@Roy D I believe that you and the comment originator do not understand the underlying sentiment behind the article, but that may just be me. The originator missed that those two sentences have to do with mindset and understanding the difference between the illusion/emotion of safety, and the ability to defend yourself from danger(as opposed to walking in with a chip on the shoulder looking for a fight). This is the mindset, one with both maturity and responsibility that he is reminding those who have CCWs to practice. Again, You have already stated you understand this, so this section is… Read more »

The Revelator
Reply to  TexDan

Lest I be misunderstood by my first response to you, I am agreeing with you that this article was not written well and deals more with individual perception and you are correct in challenging that.

Very respectfully: Why is the author mixing TPC 22.07 into the analysis of justification of the use of deadly force as a defense? Is the analysis not complicated enough? And this ability, opportunity, intent stuff are only parts of the reasonableness element of the law of self defense. Please note: not one word was written about the jury being required to view the defense claim of reasonableness and the supporting evidence through the defender’s eyes (in Texas). And the rebuttable presumption of right action (in Texas). Both are subtle, but pivotal. And leaving them out of any discussion of Texas… Read more »

Nope; the author got one wrong. It is ‘ability, opportunity and jeopardy’. Intent implies you can read the mind of another (good luck proving that in court). Jeopardy means YOU believed your life or the life of others was immediately threatened by the actions of the suspect.