Ohio – -(AmmoLand.com)- Two years ago, in this space, Ammoland readers were warned about Jerrold Nadler, who stood to become chairman of the House Judiciary Committee if the Democrats took control of the House of Representatives. Two years after that warning, we can look at what has gone on, and see the attacks he launched on our rights. To see him no longer be chairman of that House committee would be a good thing, provided Republicans pick up at least 20 seats in the House.

There is one big question: If Republicans take over the House, who would replace this avowed enemy of our rights? Right now, the ranking Republican on that committee is Jim Jordan, a representative from Ohio. If he were to become the chairman of the House Judiciary Committee, the difference could literally be like going from darkness to light.

Just in terms of his voting record, Jordan would be a massive improvement over Nadler. He would give Second Amendment supporters a strong ally in charge of a crucial committee in the House of Representatives. According to Project Vote Smart, Jordan has opposed virtually any scheme to restrict our rights and has backed good legislation (he did miss the vote on the Veterans Second Amendment Protection Act).

But Jordan’s track record goes beyond votes. In 2013, as Barack Obama sought to punish millions of law-abiding citizens for a horrific shooting thy didn’t commit, was among 42 Representatives who signed a letter that stated strong opposition to the new restrictions Obama wanted (as an aside, another signatory of the letter is Mike Pompeo, now Secretary of State).

In 2017, Jordan also urged then-House Speaker Paul Ryan to not support a Senate version of the Fix NICS Act that failed to attach concealed carry reciprocity as the House of Representatives had done. In addition to those letters, Jordan teamed up with Senator Marco Rubio (R-FL) in introducing legislation to void a number of the onerous gun laws in Washington, D.C.

Representative Jordan is currently running for his eighth term in the House. Second Amendment supporters can check out his campaign website here. Equally important, they need to support the National Rifle Association’s Political Victory Fund to ensure that enough pro-Second Amendment candidates are elected to make Jordan and not Nadler, the House Judiciary Committee chairman. 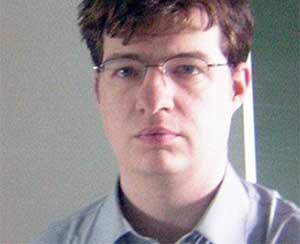 Here’s the problem, other than the NRA ad. If we take back the house Kevin McCarthy is slated to be the Speaker. Dan Bongino posted an article on the most and least conservative members of the House and Senate based on their voting records. Out of 197 Republican House members, Kevin McCarthy was ranked 219th. That’s correct, there are 22 democrats that are more conservative than McCarthy. We had this before with Paul Ryan and nothing got done for President Trump or conservatives in general. Why would we shoot ourselves in the foot again. Wake up Republicans!

Thank you for fighting FOR Americans in the JUNGLE ARENA of LIARS and BACK-STABBERS!!!

No thanks, Pervert Enablers should no hold positions like this