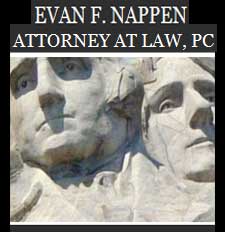 New Hampshire -(Ammoland.com)- New Hampshire Senate Bill 116 repeals the requirement that one be a “suitable person” in order to obtain an optional License to Carry a Pistol or Revolver (LTC).

It is optional because SB 116 also repeals the requirement that one have an LTC for a handgun in New Hampshire.

The term “suitable person” can directly trace its roots to racism and the growing political influence of the Ku Klux Klan in New Hampshire in 1923.

Governor Hassan has threatened to veto this bill which has passed both the House and Senate. Yet, it would be a mistake to let this racist relic remain on the books.

New Hampshire’s long-standing “suitable person” standard is founded upon racism directed at immigrants. New Hampshire’s LTC law dates back to 1923 and started out as House Bill No. 26. According to the Journal of House of Representatives from January 1923, this act was passed to “…control the possession, sale and use of pistols, or revolvers….” The new law required that “no person shall sell, deliver, or otherwise transfer a pistol or revolver to a person who is an unnaturalized foreign-born person or has been convicted of a felony….” New Hampshire’s gun control law equated legal immigrants with felons as one in the same. In House Bill 26, the current LTC was created in which one had to be a “suitable person” to be licensed. A suitable person was plainly NOT an “unnaturalized foreign-born person” or a felon.

According to an article in Historical New Hampshire Vol. 43 No.4, The Ku Klux Klan In New Hampshire, 1923-1927, by Stephen H. Goetz, “…Ku Klux showmen blamed societal change on groups of scapegoats: blacks, Catholics, Jews, and immigrants.” In the book The Ku Klux Klan in American Politics, by Arnold S. Rice, he writes:

“The Klan’s plank was chameleonic;…in New England, anti-French Canadian; in the large cities of the Northeast, anti-alien-born….” Rich further writes that the tenets of the Ku Klux Klan were the following: “(1) memorialization of the original Klan; (2) white supremacy; (3) anti-Semitism; (4) anti-foreign-bornism; (5) anti-Catholicism; (6) “pure” Americanism; (7) Protestantism and strict morality.”

This “suitable person” requirement is offensive to those who believe in people being treated as individuals, and not being discriminated against based on race, creed, color or religion. The “suitable person” law in 1923 gave in to the Ku Klux Klan’s political agenda. It is long overdue for New Hampshire to get rid of this disgrace.

Too bad about their choice of flags. The Confederate “Battle Flag” was never adopted by the Confederate Government and is widely used as a proud symbol of the “True” Southerner.

If you “really” want to know why the “KKK” was started, visit (black on white crime.com).

Mark, uhm no it was originally started as a resistance against the northern reconstruction efforts.

Sorry, but I don not believe non US citizens should have the right to own or carry guns. If they want the rights and privileges of US citizenship, let them become citizens. The last thing we need is a bunch of muslim non citizens legally able to purchase weapons in the US.

No reason to be sorry…you are right.

Interesting history note. That’s a good insight to what Liberals want today…to decide who is a “suitable person” nationwide.

Might be an interesting thing to trap Liberals/Gun Grabbers with….”so you think only ‘suitable persons’ should have a firearm, right? …. Ah…you support the KKK, I see.. (Lib tactic turned back against them.) .After all, the kind of restrictions you support are similar to the restrictions that the KKK successfully imposed back in 1923 to keep non-whites from having access to firearms in New Hampshire.

The Klan was one screwed up organization but what really gets my goat is that those Aholes used the CSA flag to make a point when they could just as well have used the Skull and Bones.

“WAS”! The Klan still is!
btw, they are a big reason blacks associate that flag with racism.

You better believe the K is still here. Its’s also true that since the racist that occupies the White House was selected their numbers have doubled since ’09 ! (although liberals and race baiters,i.e.brotha sharpton,etc. try to downplay that) Who gives a hoot in hell if negroes think the ‘stars and bars’ represents racism ? The blacks that have the mental capacity to think at all can think whatever they want about that historical flag,who gives a damn ? Slavery was such a small issue in the ‘war between the states’,who cares ? It was all about states rights,period !… Read more »

I wonder if anyone should give a hoot about what the Nazi flag represents? The swastika is the symbol of prosperity so that’s what the Nazi flag means no matter what, right? Strange how the States’ declarations of the day mentioned slavery as one of the prime motivations for succession.

Historically speaking the KKK originally was originally started as a resistance to the re-construction after the civil war in the south. many former Confederate veterans founded the first branch of the Ku Klux Klan. There is a good reason they are using the CSA battle flag although I agree they evolved into a bunch of thugs.

So? The Republican party has changed from Progressive to Conservative.

The Dukes of Hazzard flag wasn’t a flag flown in the Confederate era rather it appeared afterwards even if it closely resembles the NA battle flag.

The KKK is no more racist that the african born muslim stinking up the White House. White men better start to standing up for their race and be vocal about it. There seems to be some weird misconception that only Whites are racists,and all the problems negroes have are the White Mans fault ! Thats BS ! The problems is most blacks can’t function in a civilized society.

Are you a proud life member of the KKK or do you pay annual dues for your membership? Just wondering?

And what part of the terrorist group, BLM do you belong to. It’s obvious your racist.

@Tex – Obviously you would not meet the “suitable person” criteria for gun ownership in any state.