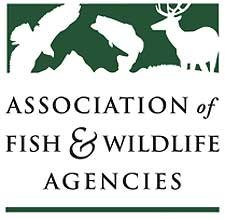 WASHINGTON D.C. -(Ammoland.com)- The membership of the Association of Fish & Wildlife Agencies elected Virgil Moore, Director of the Idaho Department of Fish and Game, as its new president during AFWA’s 107th Annual Meeting in Snowbird, Utah last week.

In accepting AFWA’s presidency, Moore reflected on the critical importance of the two recommendations of the Blue Ribbon Panel on Sustaining America’s Diverse Fish and Wildlife Resources including the Recovering America’s Wildlife Act.

“I am proud of the roles states and local communities have played in fish and wildlife conservation and am honored to be serving the states and all AFWA members as president,” stated Virgil Moore, President of the Association of the Fish and Wildlife Agencies and Director of the Idaho Department of Fish and Game. “This year I am looking forward to working with our partners and members to build a wildlife conservation legacy. It is of vital importance to making sure our fish and wildlife populations are healthy and available for public use and for future generations.”

Other action items on Moore’s presidential agenda include building a positive relationship with the new administration, and focusing strengthening business partnerships and increasing our efforts on hunting, shooting sports, angling and boating recruitment, retention and reactivation initiatives.

Moore will serve as AFWA President through September 2018.

“Virgil is a true leader in conservation and is very well equipped to maintain positive momentum for AFWA’s initiatives,” said Nick Wiley, Executive Director of the Florida Fish and Wildlife Conservation Commission and 2016-2017 AFWA President. “His insight and leadership will be invaluable as we plot our course and work through the challenges of today.”

Virgil Moore is Director for the Idaho Department of Fish and Game (IDFG). Virgil began work for IDFG in 1977 as a fisheries research biologist working on Yellowstone cutthroat trout of the South Fork Snake River.

He has held multiple management and research positions including Chief of Fisheries and Chief of Information & Education. Virgil was Director of Oregon Department of Fish and Wildlife from 2006-2007 before returning to Idaho as Deputy Director in 2007.

Virgil received a B.S. in Biology Education from Northwest Missouri State University in 1973 and a M.S. in Zoology in 1977.

Virgil, his wife Becky, two daughters, and five grandchildren all enjoy outdoor activities, such as whitewater boating,
fishing, hunting, skiing, and photography, together on a regular basis.

The full list of the Association of Fish & Wildlife Agencies elected 2017-2018 Officers and Executive Committee: