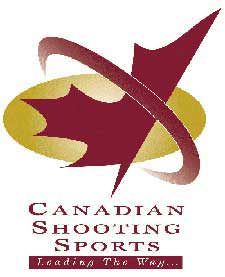 USA -(Ammoland.com)- U.S. anti-gun writer Leah Libresco took a radical approach. She researched the effectiveness of gun control laws in the United States. What she discovered caused a 180-degree shift in her stance on gun control.

She analyzed 33,000 deaths caused by firearms over a three-month period. When her research concluded, it was Libresco’s favourite anti-gun policies which lay dead on the floor.

“The gun control policies I had lobbied for crumbled when I examined the evidence.”

Libresco also researched gun laws in Britain and Australia. Both countries instituted draconian legislation in the aftermath of mass shootings – Dunblane in Britain and Port Arthur in Australia.

“Neither nation experienced drops in mass shootings or other gun-related crime that could be attributed to their buybacks and bans. Mass shootings were too rare in Australia for their absence after the buyback program to be clear evidence of progress. And in both Australia and Britain, the gun restrictions had an ambiguous effect on other gun-related crimes or deaths.”

She goes on to explain the silencer myth is just that, a myth, and describes the sound of an AR-15 with a silencer as “about as loud as a jackhammer.”

As for the anti-gun statement that gun control prevents suicides, Libresco quickly discovered that is also a myth.

“Two-thirds of gun deaths in the United States every year are suicides. Almost no proposed restriction would make it meaningfully harder for people with guns on hand to use them. I couldn’t even answer my most desperate question: if I had a friend who had guns in his home and a history of suicide attempts, was there anything I could do that would help?”

These admissions are not pleasing for the anti-gun crowd. They should, however, be a wakeup call to Justin Trudeau’s Liberal government.

The Liberals’ staunch anti-gun rhetoric doesn’t stand up to scrutiny. It defies the evidence. Yes, the very same evidence Justin Trudeau claimed would guide his government’s policy in all matters, including firearms.

Unfortunately, evidence is the last thing our Liberal government wants to consider when it comes to firearms.

They prefer their pet soundbites and the never-ending blame they heap on former Prime Minister Stephen Harper. They prefer telling lies – like the majority of their election platform on guns.

We will take pragmatic action to make it harder for criminals to get, and use, handguns and assault weapons.

The Firearms Act is regulatory law. It does not apply to criminals. Laws only affect those willing to abide by them, a fact lost on our current Liberal government.

Bill C-42 did no such thing. This is a fabrication, long on Liberal rhetoric and short on truth.

At no time could restricted or prohibited firearms be transported anywhere without an Authorization to Transport (ATT). Bill C-42 transformed a paper process into a digital process – fully searchable on the Canadian Police Information Centre (CPIC), thereby enhancing public safety – and attached that digital ATT to an individual’s firearms licence.

Every regulation pertaining to the safe storage and transportation of firearms also still applied.

The truth, should the Liberals dare to examine it, is that reverting to the old paper system for ATTs will actually REDUCE public safety as police across the country will no longer be able to search CPIC for that information.

Require enhanced background checks for anyone seeking to purchase a handgun or other restricted firearm;

Conservative Public Safety Minister Steven Blaney did all this four years ago. It’s why the process of obtaining a firearms licence takes longer now. The RCMP also runs a continuous eligibility check on every single licenced firearm owner EVERY DAY. We are the most vetted segment of Canadian society.

But why let the truth get in the way of a great soundbite?

Immediately implement the imported gun marking regulations that have been repeatedly delayed by Stephen Harper;

Why let facts get in the way of blaming your predecessor? That’s not the Liberal way.

Every one of these blatant lies pander to the Liberal base. It buys them votes, something they desperately need as Trudeau’s approval rating continues to plummet. It does not, of course, come anywhere near the threshold set by Justin Trudeau himself when it comes to creating policy.

“And as we face these challenges, the only ideology that must guide us is evidence. Hard, scientific facts and data. It may seem revolutionary in today’s Ottawa, but instead of inventing the facts to justify the policies, we will create policy based on facts. Solutions can come from the left or the right, all that matters is that they work. That they help us live – and thrive – true to our values.” – Justin Trudeau

Both Prime Minister Justin Trudeau and Public Safety Minister Ralph Goodale ought to take a lesson from anti-gun writer Leah Libresco – examine the facts. Base your government’s policy on those facts.

Maybe then you’ll get broad support from gun owners, something you will never achieve by continually casting us as bogeymen responsible for all horrific violent crimes.

remember DISARMAMENT is the goal of the EU . IT IS NOT ABOUT CARING FOR AMERICANS. the EU wants to make the world population easy to control. that is why they inject the poorest African and middle eastern races on the western nations in the guise of so called refugees using rape and inter marriage to dumb down the people. they foment hate the national pride,they cause the erasing of history, Judo-Christian morals and they embrace communism. the want the people poor, dumb, dependent on government and disarmed. Welcome to the EU agenda. I forgot to mention they hate Free… Read more »

I like to start out with, ” Why do you hate disabled persons that can not defend themselves?” Then, “Why do you hate mothers with children so much?” Then just keep adding categories. “Why do you hate women in violent relationships so much?” That malleable line makes liberal non-thinkers into the villain, and creates a vague implied line of argument that is hard to address.

It doesn’t matter to the anti-gun crowd that you have evidence. You can’t win an argument with someone using logic if they are not logical people and the anti-gun crowd only operates on perceptions and feelings, not logic and the facts just get ignored.

Your common everyday liberal is not concerned with facts, but only emotional knee jerk solutions that make them feel better. The political liberals have a much deeper, sinister motive.

The truth is only inconvenient because Anti 2A libs are comfortable with lying if it advances their agenda.

Anti 2A liberals are comfortable with lying. Period.