YouTube personality, Graham Baates, gives us a report from his tour of the Patriot Ordnance Factory, POF.

USA – -(Ammoland.com)- Patriot Ordnance Factory (POF) made headlines with their award-winning Revolution that put AR-10 power in an AR-15-sized platform, but their story goes deeper than that.  We recently had the opportunity to attend a media event hosted by Patriot Ordnance Factory where we learned a bit more about the company and their products.

The company began working with FAL rifles built from parts kits.  It was with these surplus guns that an appreciation for .308, and the cleanliness of piston-driven firearms began.  Frank DeSomma, President of POF, and his engineers began working on ways to bring the advantages of piston-driven rifles to the AR.  The Swedes were the first to use direct impingement in a service rifle back in the 1940s and it was quickly abandoned.  But maybe they were on to something.

With the mantra of, “Celebrate failure and learn from it” Patriot Ordnance Factory has developed not only reliable piston-driven AR-style rifles, but also improved many features of the basic design that we have come to accept for the last 50 or so years.  The intent is to create the one rifle any user could count on to outlast anything else on the market.  A rifle that could be depended on to run hard and for extended periods of time.  We witnessed this running a full-auto version of their Renegade rifle at the event with Wolf steel-cased ammo.  Hours and hours of use and aside from a hard primer or two (to be expected with such ammo) the gun ran flawlessly.  Above is an image from POF that highlights some of the many many improvements they’ve made to bring the AR platform into the 21st Century.

It’s almost like POF has gone part by part and looked for ways to improve upon the status quo.  Eager to try some of these parts I got their POF Ultimate Bolt Carrier in for trials.  I haven’t had it at the range yet, but for a closer look at why they call it, “ultimate” see the tabletop video above.

I had several questions about the Revolution that were also answered.  My biggest question was about the bolt.  Many companies have tried opening up the AR-15 bolt face to larger calibers, but those bolts tend to break.  POF doesn’t have that problem because they chose another type of steel to make it work.  We can’t say which steel, but can say that extensive testing was done before the right blend was found.

On the topic of testing, another take-away note was the quality of their production.  Every major part is stamped with a born-on date.  This date, in combination with coding, gives POF complete track-ability of their products.  If an issue is found POF can trace back to when it was made, by whom, and where the materials were sourced from.  In an industry full of companies that merely assemble parts coming from someone else it’s nice to know that a POF is not only made by POF, but that even their raw material sources are held responsible.  If there’s a flaw they will find out how and why and right the situation.

All of this adds to cost of course, which is why you won’t find any POF products in the bargain basement, but at least this is one company whose price I can say accurately reflects quality and engineering.

Look for more about POF in future articles, or get it from the source by visiting their website. 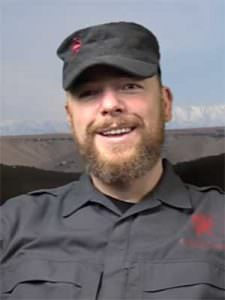 “Graham Baates” is a pen name used by a 15-year active Army veteran who spent most of his time in the tactical side of the Intelligence community including tours in Afghanistan and Iraq. Post-Army Graham spent some time in the local 3-Gun circuit before becoming a full-time NRA Certified defensive handgun instructor and now works as an industry writer while curating a YouTube channel on the side. Visit Graham on Youtube .

Graham, good article! I own several POF’s and they are great rifles. I have not tried the Revolution yet but will eventually. Just an FYI I am currently reading The Armalite AR-10 by, Evans, Collector’s Grade Pubs.. The first direct gas impingement gun was the French Rossignol B1 Rifle invented in 1896 (pg 35) and quote perfected in 1901, next was the French MAS 1922, then the Ljungman AGm/42, 1941. I thought also thought the Ljungman was the first. Keep up the good work. Go ARMY!

Thank you for that. Were the other rifles ever fielded? It was my understanding the Ljungman was the first to be a service rifle and actually fielded though only around 30,000 were produced from what I’ve seen.

Frank de Somma was my neighbor for a number of years. Quite the interesting guy. His approach of going through every part looking to improve it has produced some great weapons.