U.S.A. -(AmmoLand.com)- CMMG spent years innovating the AR platform with the patented Radial Delayed Blowback operating system that has revolutionized the industry. The addition of the Mk17, chambered in 9mm, shows CMMG’s commitment to never settle. Accepting Sig Sauer M17 P320 magazines, the Mk17 is available in both BANSHEE and RESOLUTE configurations. Pair the BANSHEE or RESOLUTE with your existing M17/P320 and you have the convenience of magazine interchangeability.

Staying true to its innovative and industry-leading values, CMMG brings to market the Mk17 on the heels of the U.S. Army and Marine Corps adoption of the Sig Sauer M17/M18 service pistols. In November of 2019, Sig Sauer delivered its 100,000th M17/M18 handgun to the U.S. military and the number continues to rise. Those familiar with the platform now have a personal defense firearm (PDW) at their disposal. As hundreds of thousands of service members adopt a new pistol platform over the next 20-30 years, the CMMG Mk17 will be a great pairing to add to their arsenal.

For personal defense, the Mk17 is offered in the BANSHEE configuration of AR pistols and short-barreled rifles with various barrel lengths. For the competitive shooter, the Mk17 comes in CMMG’s RESOLUTE line of 16-inch barreled rifles.

The BANSHEE is offered as a pistol or short-barreled rifle with barrel lengths of 5 inches or 8 inches, while RESOLUTE rifles come with a 16-inch barrel. Both the BANSHEE and RESOLUTE feature Last Round Bolt Hold Open.

On all CMMG BANSHEE and RESOLUTE 300 Series firearms, consumers can choose from ten Cerakote colors at no additional cost. Both the 100 and 200 Series offer Cerakote for the complete firearm for an additional $150 per model.

For more information on the Mk17, please visit CMMGinc.com/Mk17. 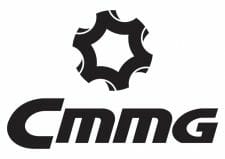 CMMG began in central Missouri in 2002 and quickly developed into a full-time business because of its group of knowledgeable and passionate firearms enthusiasts committed to quality and service. Its reputation was built on attention to detail, cutting edge innovation and the superior craftsmanship that comes from sourcing all their own parts. By offering high-quality AR rifles, parts, and accessories, CMMG’s commitment to top-quality products and professional service is as deep today as it was when it began.

Nice gun but…..Sig mags @ more the twice the cost of a reliable Glock mag? Don’t think so I’ve got a bunch of glock mags & don’t intend to own a p320.

As long as they take Glock magazines you are good to go.

These take Sig P320 mags. I wonder if they fire when dropped, too.