Washington, DC – -(AmmoLand.com)- Today, the Biden Administration pulled David Chipman’s nomination to serve as the director of the Bureau of Alcohol Tabacco Firearms and Explosives.

The DC Project and its members opposed Chipman’s nomination and raised significant concerns to legislators given his history serving as a policy advisor for a gun control advocacy group and his participation in the trial related to the ATF’s uncontrolled abuse of authority in Waco, Texas, in 1993.

Chipman would have been a disaster for law-abiding firearm owners and the gun culture of our nation. More importantly, he would have had a detrimental impact on women’s ability to protect themselves and their families.

“The DC Project applauds the Senators who listened to voices of their constituents and sent a message to the Administration that Chipman was unfit to lead the Bureau of Alcohol Tabacco Firearms and Explosives.”

“We will work tirelessly with Members who defend the Second Amendment and ensure that ATF leadership is unbiased and will serve the American people with integrity. We will continue to defend the Constitution and the principles upon which our country was founded.” ~ Dianna Muller, Founder of the DC Project

The DC Project is a national, grassroots, non-profit dedicated to raising awareness that firearms safety and violence prevention are achieved through education, not legislation. The group encourages the preservation of America’s gun culture and highlights the diversity and rising demographic of female gun owners through ongoing advocacy because gun rights are women’s rights.

According to Muller, “We believe that self-defense is a human right and that we are our own first responders. We understand the importance of preserving the right to protect ourselves. Our members regularly stand before legislators and lawmakers on the frontlines of this battle to protect this crucial right and make their voices heard through education. Stand with us by wearing the color teal to let others know you support the rights of responsible gun owners too.”. 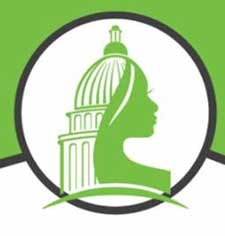 Chipman was a turd that needed flushed . Now we will see what the clownshow Joe Biden has instore for us next . You can bet it will be another idiot appointee that does not recognize our second amendment rights .

Real truth is the tyrants got caught & couldn’t pull it off without massive loses to infrastructure due to civil unrest. People finally waking up.

Just wait as things get more wonky & bizzar-e-lero by the day.

That can be the official new name of the Democrat party.

I too, will applaud those Senators that took a stand for the 2nd Amendment, regardless of Party affiliation.

Now the two Sacks Of Scheiße Senators from my State. I will do everything I can to see those two never get re-elected.

Probably gotta bring your own! Better make it a double, just to be sure.

“Chipman is finally out as ATF director nominee. Thanks to all Americans,esp.LE,military vets,Republican and a few Democrats who knew he would be a disaster to our country and 2A.”