At the Ruger Live Free or Die IDPA Championship held at the Pioneer Sportsmen Club in Dunbarton, NH, Olhasso, and McGinty won the CDP and ESP Divisions respectively.

Day three ended with the team bringing home divisional wins at both the North Texas Open USPSA Championship and the Blue Mountain Steel Classic held in New Tripoli, PA. Randi Rogers won the Single Stack Division in Texas, while Olhasso and McGinty swept the competition in Pennsylvania. Olhasso won the Open 10, Open Revolver, and the Stock Auto Divisions and also finished third in the PCC division. McGinty followed up with second-place finishes in the PCC, Open 10, and Stock Auto Divisions.

Sturm, Ruger & Co., Inc. is one of the nation’s leading manufacturers of rugged, reliable firearms for the commercial sporting market. As a full-line manufacturer of American-made firearms, Ruger offers consumers almost 700 variations of more than 40 product lines. For 70 years, Ruger has been a model of corporate and community responsibility. Our motto, “Arms Makers for Responsible Citizens®,” echoes our commitment to these principles as we work hard to deliver quality and innovative firearms. 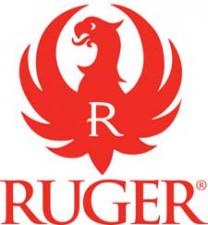