San Antonio, TX –-(Ammoland.com)- Rumors have been circulating recently about gun thefts from vehicles around the country and at the National Shooting Complex in San Antonio in particular.

Because we take very seriously the security of our members and patrons, as well as their property, we would like to address these rumors and offer some suggestions regarding better securing your firearms, whether you’re shooting at our club or elsewhere.

As the largest gun club in the San Antonio area, and one of the largest in the country, we believe we at the National Shooting Complex are in a position to be aware of such an alarming trend, and it is simply not the case.

Many reports indicate that gangs are targeting the NSC parking lot, marking tires or placing stickers on license plates so they can later be identified by thieves. At a shoot last June, we and a commissioned officer investigated reports of marked vehicles and found no validity. There was no pattern or consistency among the marks that were identified to us, and we found that all the questionable marks reported to us were left there by manufacturers, tire services, or rental car companies. In fact, most marks were so worn or well covered that they could not have occurred in the parking lot.

We have read that because gun thefts from vehicles are so “rampant” in San Antonio that a police chief met with the 400 shooters at that event to warn them about the problem. That did not happen.

In some online discussions, the phrase “national event” has morphed into “National Championship” with implications that gun theft was a problem during that event. To be clear, in 2011, we had no reports of gun theft at the NSCA National Championship, the largest shooting event held annually at the National Shooting Complex. In previous years, we did experience some gun thefts during the National Championship, and we responded by implementing a number of procedures to eliminate as much risk as possible. We have 24-hour security on the grounds during events, and we have improved our gate security. For the past several years, we have also made 24-hour gun storage available at a very modest fee throughout all events so that shooters never have to leave their firearms in vehicles or hotel rooms.

While we can’t guarantee the security of your firearm if it is left in a vehicle on or off the NSC property, we will continue to improve our efforts to keep you and your property as safe as possible. We also offer some suggestions for securing your firearms and equipment while at the National Shooting Complex, at other gun clubs, or at any off-site amenities:

Use our gun storage facility. At a cost of only $5 per day during events, it is inexpensive security for your firearms. While they are there, we accept full responsibility for your guns.

Be vigilant. Know who is around you and who is able to see what is in your vehicle. Remember that rental cars, out-of-state license plates, bumper stickers and decals, and the items you leave visible in your vehicle can identify you as a tourist or traveling shooter, so exercise additional caution.

As soon as you leave the NSC, remove the brightly-colored mirror hangtag indicating you are authorized to be on the property during events. Place it out of view.

Consider how you and your vehicle look to thieves. Remember that criminals don’t have to mark your car at the gun range to identify you later as transporting a gun if you give the impression you’ve just left the range. Can other shooters identify you as a shooter when they see you at a hotel or restaurant? So can criminals. Having gun-related stickers on your vehicle, walking across a hotel parking lot with a gun case, or wearing your shooting gear into a restaurant makes your vehicle a target. What does a casual look through your vehicle window reveal? Make sure all shooting-related items are out of sight, even if they aren’t themselves valuable.

Insure your firearms. While insurance won’t keep them from getting stolen, you’ll be a lot less unhappy about losing your guns if they are adequately insured. NSSA-NSCA offers its members discounted gun insurance through SIAI.

The National Skeet Shooting Association (NSSA) and the National Sporting Clays Association (NSCA) are the official governing and sanctioning bodies for their sports. The NSSA was founded in 1928 and is a nonprofit organization owned and operated by its members. It is the world’s largest skeet shooting organization and annually hosts the World Skeet Championships. NSCA was founded in 1989 as a division of NSSA, and it is now the world’s largest sporting clays organization. It annually hosts members from all 50 states and many foreign countries at the National Sporting Clays Championship. Visit: www.nssa-nsca.org 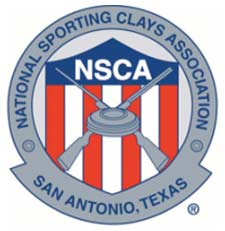 Great tips! When we receive claims for gun thefts from cars, the customer has usually left the gun in plain site within the vehicle or a few have knowingly left their vehicle unlocked (thinking they live in safe small town).

Don't leave your gun (s) in the car. If you can't avoid leaving them in the car, conceal your gun so it is not visible and for goodness sake lock the car!