The debate, which focused on the validity of additional gun control measures in response to the tragic events in Aurora, CO, found O’Reilly calling for stricter oversight of the firearms transfer process.

While the ASA does not take issue with O’Reilly’s personal opinions, the consistent use of unsubstantiated evidence is inexcusable and in need of retraction.

First, the term ‘heavy weapons’ which O’Reilly defines as ‘mortars, howitzers, and machineguns’, is a fabricated term that requires additional clarification. These three items are defined and strictly regulated by the National Firearms Act of 1934, which falls under the jurisdiction of the BATFE. Under the NFA, mortars, and howitzers are considered ‘destructive devices’ because they fire projectiles through a barrel that is larger than one-half inch in diameter. ‘Machineguns’ are defined as “any weapon which shoots, is designed to shoot, or can be readily restored to shoot, automatically more than one shot, without manual reloading, by a single function of the trigger.” In addition to machine guns and destructive devices, the NFA also regulates suppressors, short-barrel rifles, short-barrel shotguns, and “any-other weapons”.

Mr. O’Reilly goes on to state that “you can buy a machine gun and the FBI doesn’t know”, reiterating his point by claiming that at gun shows “you can buy any weapon you want there and there’s no reporting anywhere”.

These statements are holistically and unequivocally untrue!

In order for a civilian to purchase any item that is regulated by the NFA, the item must be legal in their state of residence, and they must submit Form 4s to the ATF. A Form 4, or Application for Tax Paid Transfer and Registration of Firearm, includes a stringent background check that is conducted by the FBI. In addition, applicants must submit a $200 non-refundable transfer tax, duplicate copies of passport photos and fingerprints, and receive a signoff from a chief law enforcement officer (CLEO) in their jurisdiction.

From start to finish, this transfer process takes anywhere from 30 days to one year to complete. Additionally, civilians are only eligible to purchase machineguns that were manufactured and registered with the ATF prior to May 19, 1986, the day that President Reagan signed the Firearms Owners’ Protection Act into law.

Throughout the debate, Mr. O’Reilly uses the term AK-47 interchangeably with a machine gun. While fully automatic AK-47s [can be] machineguns, referring to semi-automatic variants as machine guns is misleading at best. The fully automatic versions that Mr. O’Reilly refers to are subject to the strict transfer requirements of the NFA. These should not be confused with their semi-automatic civilian counterparts. Thus, his statement that “you can buy an AK-47 in this country, and no federal agency will know you buy it” is false, unless the AK-47 is semi-automatic.

It is for these reasons that the American Silencer Association calls for an immediate on air retraction of these errors.

In the future, the ASA suggests that Mr. O’Reilly and his team conduct adequate research prior to discussing firearms regulations. 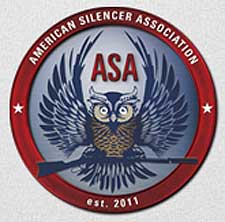 Bill is wrong. I doubt he will admit it. His "Heavy Weapon" reference is idiotic. If a .223 is a "Heavy Weapon" what is a .308 or a .375 Lapua? He is way off base. Auto weapons ARE regulated and he interchanges Auto with semi-auto just to make is ill thought out case. Ted Nugent has challenged him to buy an auto weapon in less than 30 days. Ted will win.

I saw him being interviewed not long ago. What must be realized is he is not the conservative most imagine. O'reilly admitted to being anti-gun, pro-choice, anti-capitol punishment, not usually considered conservative opinions.

Good luck with him EVER fact checking anything. He goes by what he's told, and often is wrong, this is just one of the many comical errors he has made… Sad what our media has become today, instead of reporting truth, they report what they want, edit it so it sounds more dramatic all for ratings and money.