GRAND RAPIDS, MI –-(Ammoland.com)- A Marine who served in combat in both Iraq and Afghanistan has invented a device that completely replaces the need for a shoulder stock on a firearm.

Mr. Brace’s invention consists of two main components: a stainless steel bracket, which mounts directly to a variety of firearms, and dual impact-absorbing foam pads, which mount to the rear of the bracket. Firearm operators place one of the custom-engineered pads directly against their face to steady the firearm and, upon firing, the pad absorbs nearly all of the felt recoil. The device mounts directly to any firearm with an industry-standard M16 lower receiver end plate adapter, including the popular semi-automatic AR-15 and several GLOCK pistol models fitted with an extra adapter. Mr. Brace has coined the term All Mission Pistol for the designation of any pistol with the NSN attached.

Firearm operators can now realize several benefits by utilizing the NSN and no longer relying on shoulder stocks.

Halix products are sold directly from the manufacturer’s website, at http://www.halix.co. The NSN retails at $249.98 and is patent pending. 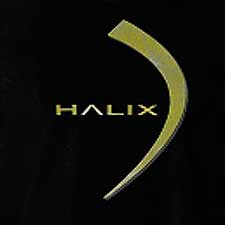