Statement from Steve Urvan, CEO and Founder of GunBroker.com.

KENNESAW, Ga. –-(Ammoland.com)- Recently a Washington state gun control lobbying group called The Washington Alliance for Gun Responsibility published an advertisement and YouTube video that included a scene in which GunBroker.com was typed into a browser.

The video includes the words “NO QUESTIONS ASKED” and states that criminals who fail background checks can go online and buy guns.

This ad is both misleading the public and impugning the reputation of GunBroker.com by depicting our company’s name being typed into a search engine with the direct suggestion that we would enable an illegal transfer of a firearm. This is false and certainly libelous.

As we clearly state on our website, all transactions on GunBroker.com are made in full compliance with all federal state, and local laws, using licensed federal firearms dealers as transfer agents. Federal law requires those dealers to run a background check on the buyer. There is a strict compliance system in place and the Federal Bureau of Alcohol, Tobacco, and Firearms audits dealers for compliance.

The Washington Alliance for Gun Responsibility obviously did no research when creating this ad. Every listing on the GunBroker.com site states, in red letters for emphasis:

“Firearms may only be shipped to a licensed dealer (FFL Holder)”.

The Washington Alliance for Gun Responsibility needs to act responsibly themselves. We demand that they take down their erroneous ads and videos and apologize to GunBroker.com and the voters of Washington State for this irresponsible misrepresentation in the pursuit of their political agenda.

Regarding background checks and specifically I-594, I urge all GunBroker.com members to take the time to get out and vote on Tuesday November 4 and defeat anti-gun bills like I-594 and anti-gun legislators. Below are some links you may find useful:

GunBroker.com is the world’s largest gun auction website. Launched in 1999, GunBroker.com is an informative, secure and safe way to buy and sell firearms, ammunition and hunting/shooting gear online. GunBroker.com promotes responsible ownership of guns and firearms. Aside from merchandise bearing its logo, GunBroker.com sells none of the items listed on its website. Third-party sellers list items on the site and Federal and state laws govern the sale of firearms and other restricted items. Ownership policies and regulations are followed using licensed firearms dealers as transfer agents.

I seem to remember a judge invalidating a vote to prevent gay marriage, saying, a simple vote of the people is not sufficient to take away a constitutional right. 594 certainly seems to do just that.

Anyone have a link to this video?

@JJG Washigton Alliance for Gun Control has deleted the video after they got siest and desist orders from GunBroker.

I594 is a grave affront to the principles of freedom and responsibility that people hold dear.. I’m not talking about the restrictions on weapons, but the idea that a group of people can get together and bully a another, regardless of their group size or non-agressive beliefs…

hit them right where it stings, remind them of what they cherish in the society in which they live. 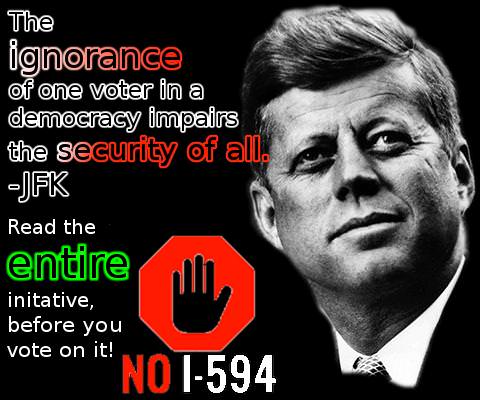 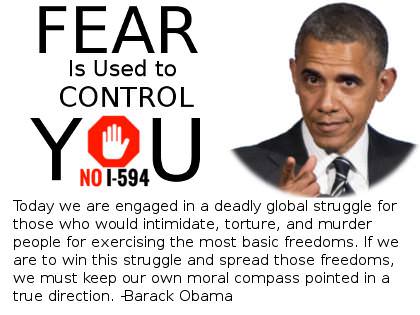 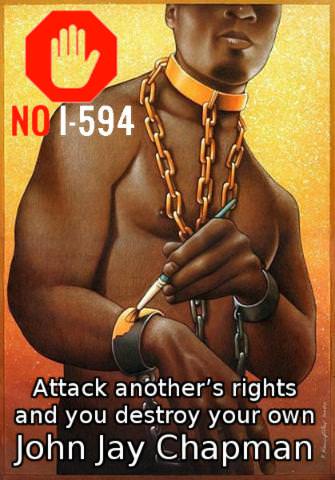 Yea this law needs to be defeated and I hope “gunbroker.com” sues the hell out of those who portrait that criminals can by guns on this site.

I live in Washington state and have seen this ad. From a news story that I also saw this morning I-594 is getting a lot of voter support and may even get passed. What an assault on our second amendment rights this law will be. I have read the 18 pages of this law and am fully aware of its contents. What stuck out to me was the part about getting the permission of the police chief and or county sheriff before being able to take ownership of any gun that one buys, which will be used to create a… Read more »