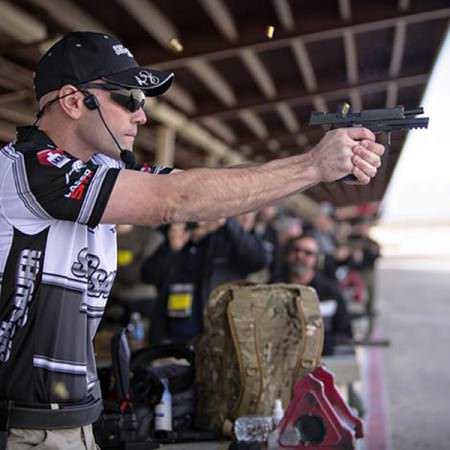 NEWINGTON, N.H. (May 11, 2015) — SIG SAUER® is throwing its full support and resources behind Team SIG, the newly formed competitive shooting squad. Featuring more than 25 competitors, Team SIG has a level of backing unprecedented in the shooting industry. Under the leadership of World Champion competitive shooter Max Michel, Jr., and team manager Bruce Gray, Team SIG will be competing at matches across the country and around the world.

Competing in a variety of disciplines, Team SIG will focus on use of the new P320® modular handgun. With an emphasis on United States Practical Shooting Association (USPSA) Production and NRA Action Pistol competition (Bianchi Cup), Team SIG will show the versatility and durability of the P320 platform.

“SIG SAUER has created a competitive shooting team and is incorporating a level of communication with fans and supporters that has never been done before. We have a long-term plan for Team SIG that will involve our shooters in new and innovative ways,” said Tom Taylor, Vice President of Marketing and Commercial Sales for SIG SAUER, Inc. “SIG has the resources and support to help our shooters achieve unprecedented individual and team goals.”

“We wanted to assemble a team with as much diversity as possible,” Taylor said. “Since the P320 is a do-everything handgun, we needed a team that also does everything.”

Bruce Gray, one of the nation’s leading custom SIG SAUER gunsmiths (Grayguns), and a long-time Bianchi Cup competitor, has come on board as team manager and coach. Gray built the team to be wide-ranging in discipline and ability, with an eye toward helping other competitive shooters learn and grow. 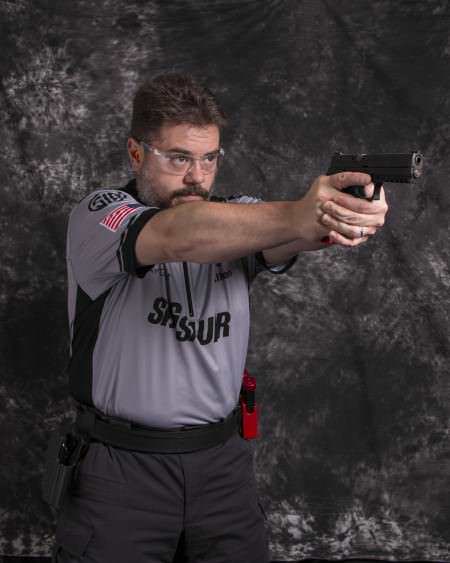 In addition to supporting SIG SAUER at matches, the team was also built to provide education and training for competitive shooters, regardless of skill level.

“We’re looking forward to bringing you stories and experiences from shooters excited about the P320 platform,” Gray said. “We have some great personalities on the team, and you will be able to follow not just Grand Master shooters, but B-class, A-class, Marksmen and Sharpshooters as they train, compete and improve.”

For SIG SAUER, the variety of team members brings additional benefits beyond the exposure.

“We gain so much insight and development information from our competitive shooters,” Taylor said. “No one in the non-military or L.E. communities fires as many rounds, or drives their gear as hard as competitive shooters. The wide range of skill on this team gives us a much deeper look into the needs of the end user, no matter if they’re Max Michel or a first-time competitor.”

In addition to their demographic diversity, Team SIG covers the entire country, from Florida to Oregon, Arizona to New England, and all over the Midwest, not to mention matches around the world. This allows SIG SAUER to be represented at every major match and most intermediate level matches. In addition to the P320, Team SIG 3-gun competitors will compete with the SIGM400 rifle and other SIG SAUER rifle platforms.

“We want Team SIG to be accessible, no matter where people may live. If people have questions or want some advice, our competitors will be coming to a match near you,” Gray said.

About SIG SAUER, Inc.
SIG SAUER, Inc. is a New Hampshire-based weapons systems provider leading the industry in American innovation, ingenuity, and manufacturing. SIG SAUER® brings a dedication to superior quality, ultimate reliability, and unmatched performance that has made it the brand of choice among responsible citizens, and many of the world’s most elite military, government, and law enforcement units. As a complete systems provider, SIG SAUER offers a full array of products to meet any mission parameter, from handguns and rifles to silencers, optics, ammunition, accessories, and airguns. The largest member of a worldwide business group of firearms manufacturers that includes SIG SAUER GmbH & Co. KG in Germany and Swiss Arms AG in Switzerland, SIG SAUER is an ISO 9001: 2008 certified company with more than 900 employees. For more information on SIG SAUER, any of its products, or the SIG SAUER AcademySM, log on to www.sigsauer.com.

Yes, there he is. Best of luck to Tony Casper’s …. The best instructor in the Twin Cities!