Alien Gear Holsters’ Sam Hoober ponders whether it’s all that important if gun parts are made with metal injection molding.

U.S.A. –-(Ammoland.com)- Read through some forums, gun magazines, comments sections and so on, and something you might come across is complaints of gun parts being “MIM.” For those unaware,”MIM” is metal injection molding, a manufacturing process where metal parts are injection molded similarly to a good deal of plastic or other polymer items.

Does it actually matter?

You see, some people believe any component that’s made by MIM is cheaper and less strong than a part made by other methods like machining or forging. Such a gun shouldn’t be in your concealed carry holster or gun safe, the refrain goes, because it’s bad quality!

Is there something to that? A little, but the reality is that the method matters a lot less than people think.

What Is Metal Injection Molding?

Metal injection molding is an industrial process similar to injection molding of polymers. The basic procedure starts with a metal powder, which is combined with a wax or polymer binder to create a feedstock. The powder is then suspended in the liquefied polymer/wax and injected into a mold.

After the injection, the feedstock is sintered (heat and pressure applied to bake off the binder while compacting the metallic powder into a solid mass without melting) and the mold fills with the metal, which becomes a solid mass. It can then be treated like any other metal should annealing, plating, passivating, nitriding or other case hardening be required.

In other words, a great lump of material is injected into a mold, and then heat and pressure is applied until it becomes a solid hunk of material that can then be further treated for use as…whatever. In the case of MIM gun parts, they become gun parts.

Now, why do gunmakers use MIM? Lower costs for high-volume production without much, if any, loss of quality.

What Can Go Wrong With MIM

That said, metal injection molding – like any industrial process – involves a few potential drawbacks. Nothing in this world is free; everything comes with some sort of compromise somewhere.

One area where MIM can go wrong is the molding. Injection molding of any sort requires the mold to be perfect otherwise the enterprise is for naught. Making and fine-tuning molds requires the manufacturer to either hire or set up a tool and die shop on-site, which is time-consuming and expensive.

Some people opine that the tolerances and clearances between parts are larger in MIM guns than in non-MIM guns. It’s true that the finest of dimensions require CNC machining…but it matters less than you think.

However, the F-150 is sold by the millions and is what it is: a blue collarish vehicle – depending on options – that just about anyone can buy and drive and they work just fine. The GT-R, on the other hand, is a masterclass in automotive engineering and manufacturing. It’s a work of technical art that can go from 0 to 60 mph in 2.9 seconds…and costs as much as a decent home.

The typical pistol that most people carry is like the Ford. The absolute finest in clearances and tolerances honestly just isn’t necessary for the gun to function reliably. If anything, the opposite is true as the smaller the clearance, the easier it is for function to be compromised.

For instance, the M1911 and M1911A1 shook, rattled and rolled more than Sun Records, and people used them to win two world wars.

To sum up, it doesn’t actually matter if the garden variety gun uses MIM parts so long as the manufacturer employs good quality controls and the molding was dialed in correctly. If you demand the equivalent of a Ferrari in your concealed carry holster and can spend to get one, then do so! Enjoy. However, if you’re carrying the equivalent of the typical commuter car…there are definitely some lemons, but for the most part you’re going to be just fine. 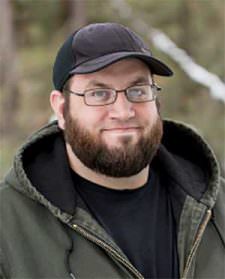 Sam Hoober is the contributing editor for Alien Gear Holsters and Bigfoot Gun Belts. He also writes for the Daily Caller, USA Carry and The Truth About Guns.

It was interesting to learn that you could use MIM for gun parts. It seems important to have gun parts made from good materials. If I ever own a gun I would be sure to buy from a professional for optimal gun safety.

Last edited 5 months ago by Bpjsurf
1

We don’t buy Kimbers as a plinkers. They are suppose to be top end firearms, custom guns. Their quality has slipped as they cut corners. My older Kimbers are better than the new ones.

Unfortunately there are companies that do not/did not have their processes dialed in. Case in point I.O./ Interordnance made the horrible Hellcat .380, mine came with MIM extractor, that broke, they sent me a replacement that too broke I fit an extractor from a KelTec that was made from hardened steel… and believe it or not Smith&Wesson had a batch of M&P45 pistols that had extractors that would break…the Hartford PD replaced their M&P with Glock G22 due to the issues

Re: “To sum up, it doesn’t actually matter if the garden variety gun uses MIM parts so long as the manufacturer employs good quality controls and the molding was dialed in correctly.” I believe this applies to every competent process both manufacturing and say even health care. In other words attention to detail is vital, you need to do it right and understand your limitations. Sounds like me teaching my son the art of hand loading quality ammunition.