U.S.A. –-(Ammoland.com)- Few things get my blood pumping like counting down to our fall deer season. Unfortunately, like most things worth doing, there are risks. While hunting is generally a safe and an amazing way to strengthen bonds, forge new friendships and revel in God’s creation, it’s also a place where, when common sense and communication are sometimes lacking. In those lackluster moments accidents can and do happen.

Roughly 20 years ago, a young boy and his father ventured into our central Texas woods for some quality father-son hunting time. It wasn’t the first time they hunted together; in fact, sharing opening day together had become something of a tradition. From a young age, that first morning was theirs.

Like years before, opening morning found them sitting together in a hunting blind sharing a few pre-dawn laughs. Before they knew it, the morning was over. They hadn’t seen a thing but reveled in how quickly time went by as they tried to suppress their giggles. The father suggested maybe they were too loud and scared anything within earshot away. They left the woods for several hours with a plan to head to another spot where the father had seen some promising early evening activity.

Later in the afternoon, just a few hours before dusk, the two headed back out. This time the strategy was a bit different. The father helped his son get settled into a single person stand just about 50 yards off a trail winding through a heavily wooded area. “Don’t go anywhere son. Stay here until I get you.”

“Yes, sir.” The boy nodded in agreement. They hugged quickly then the father climbed down the short ladder and headed off to another stand just a few hundred yards away. With his father gone, the woods around him fell silent and his eyes grew heavy. The next few hours were a blur and before he knew it, shadows shifted and splayed across the ground like a dark mist. It wasn’t long before he had trouble making out knee-high tree trunks, shrugs and darkened areas in the thicket. The stumps and dark spots seemed to begin taking shape and his eyes began playing tricks on him; he began to imagine movement. Let’s face it, we’ve all been there, right?

He had hunted enough to know what happens when the sun sets and the temperature drops… animals are on the move… and he was ready. He lifted his rifle and rested it, barrel out, on the sill of the box blind window. Just as he shifted forward in his seat, he heard a twig snap. The boy listened as he squinted through the scope, then rocked the safety on his rifle forward to the firing position and laid his finger across the trigger. Suddenly, a bush heaved in front of the boy and he reacted. BOOM!

His shot split the night as the recoil took him off target. He struggled to get back on his prey but it was simply too dark. He lowered the rifle, resting it against the interior wall of the blind, then sat back to wait on his father.

Just as he relaxed, he heard his father; however, it wasn’t the usual call, it was guttural call for help and labored breathing that lifted the boy from his chair and down the ladder. There, in the darkness, he made out his father’s frame on the ground. Soon after the boy’s flashlight revealed the full measure of his ill-fated decision to shoot. His father laid on his back, his breathing labored and slowing as he looked up at him. “It’s not your fault, son. It’s not your fault. You should go get your mother.”

Those were his father’s last words. When the boy returned with his mother, his father was motionless. More than 10 years after the accident, the young man was still in therapy. How do I know? Well, put simply, I knew this boy. I haven’t seen him in many years now but the last time I saw him, he still had not quite forgiven himself.

Hunting is an amazing way to strengthen bonds, teach life lessons, empower the next generation with resourcefulness and connect with our ancestors as we fulfill our innate desire to provide. It’s a heritage worth protecting… but risks are always at work and stories like this aren’t isolated. This young man’s life was ruined by a mistake that happens year after year, especially on public land.

We owe it to our families to come home in one piece. Fortunately, numerous companies devote their efforts to making hunting safer. One such company rises head and shoulders above scores of others. SafeShoot is dedicated to ensuring we go in and come out unscathed. In the case of this young boy and his father, SafeShoot would have been a perfect solution, since the device activates anytime your hunting buddy is in your danger zone.

Check out their site to learn more about this innovative system and spend time learning about what steps you can take to promote safety on your next hunt. 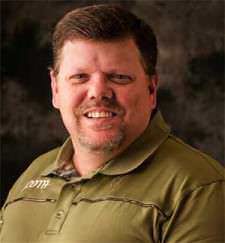