South Africa – -(Ammoland.com)- Yesterday morning, 7 June 2018, the Constitutional Court (by Froneman J) delivered judgment in the matter where SA Hunters and Game Conservation Association (SA Hunters) in the North Gauteng High Court sought, and was granted a ruling that sections 24 and 28 of the Firearms Control Act, No. 60 of 2000, were constitutionally invalid.

The trial court had found the provisions invalid on the basis of their being (i) irrational and vague; (ii) breaching the right of equality; and (iii) in violation of the protection of property rights in the Constitution.

The Constitutional Court ruled that neither of the provisions was irrational or vague since the constitutional validity of the licensing process and the criminalization of unlawful possession upon termination of a license was unchallenged and that, accordingly, “non-compliance with the licensing process (was) leading to unlawful possession and criminalization”. Justice Froneman was rather critical in his approach where he said: “The gun-owner knows that he must either apply in time for renewal or dispose of the firearm before expiry”. According to him, the rule of law requirements of clarity and certainty were clearly met. The court then also rejected the contention that there are no lawful means to dispose of a firearm after termination of the license.

In rejecting the argument about inequality of treatment under section 28, the court ruled that since a license terminates at the end of a prescribed period (dependent on the type of license), no administrative action was required since the license expires by operation of law. This termination differs from other forms or license termination.

With regards to the deprivation of property argument, the court ruled that the deprivation is not arbitrary since there is a compensation regime for surrendered firearms.

A single-line summary of the judgment is: “It is not a right to own firearms in South Africa, it is a privilege – it is your responsibility to timeously renew your license or otherwise dispose of the firearm according to the law”.

In reality, the highest court in the land has now ruled that persons who have not renewed their licenses and have not disposed of them are in illegal possession thereof. Before rushing off to your closest police station to surrender your unlicensed firearm, we suggest you wait a few days for the police’s reaction. We suspect that the Minister or National Commissioner may wish to tell affected persons what to do. There is currently a police instruction stipulating that persons who have failed to renew their licenses must not be prosecuted, hence we believe further instructions will be given.

If no such guidelines are forthcoming, we propose you hold onto your firearm and wait for the amnesty declaration. However, we do not know when it will come into operation – in fact, it is yet to be approved by parliament. Although we are extremely concerned about corruption and the theft and robbery of firearms at police stations, there is no other alternative and firearms may only be surrendered to the police. No unlicensed firearms may be disposed of through licensed firearm dealers or gunsmiths. One is not allowed lawfully to deactivate or destroy a firearm, licensed or unlicensed.

Persons who have never applied for licenses under the Firearms Control Act and who are still in possession of the “green” licenses issued under the previous Act, are, in my view, still covered by the judgment of the North Gauteng High Court of 26 June 2009. However, where a person has applied for and was issued with a “white” license under the Firearms Control Act, but this has expired, he cannot, in my opinion, fall back on the “green” license that he still happens to have. I am aware that there are arguments to the contrary, however, I am wary to rely thereon.

South African Gunowners’ Association (SAGA) will soon be meeting with SAPS with a view to clarifying matters, especially the proposed amnesty and the enforcement of the law after the Constitutional Court judgment.

In the meanwhile, we urge members to ensure compliance with the law and make sure they apply for renewal of licenses not less than 90 days before the expiry thereof. Also, should you wish to surrender a firearm during the amnesty period, we strongly advise against carrying or using it. 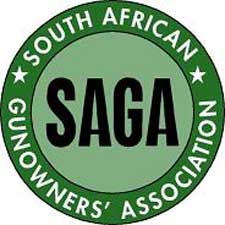 The South African Gunowners’ Association (SAGA) is a non-profit, non-discriminatory organization, whose sole purpose is to represent the interests of all people who embrace the principles of safe and responsible ownership and usage of firearms for sport, recreation, hunting, and self-defense. Visit: www.saga.org.za

It a ONE WORLD GOV. That wants to control EVERYTHING There lies and laws seem to be spreading ,just like WEEDS. Maybe it’s time to start PULLING these weeds . People wake -up Gov. will not protect you , only YOU can do that.

Only in America is the RIGHT to own posses and carry a weapon is upheld by law and the Constitution. The rest of the world has made it so only CRIMINALS, KILLERS and THIEVES have weapons. Thus the LAW ABIDING SUBJECTS are more controllable by the STATE and also more apt to be assaulted by THUGS with out being in danger of their lives.
The DemocRATic Communist/muslem party members are doing their WORST at trying to DISARM LEGAL LAW ABIDING American CITIZENS.
They WILL FAIL due to Americans understand their TACTICS and we REFUSE to surrender OUR RIGHTS.