Utah –-(Ammoland.com)- Thank you to all who showed up at the hearing!

Good turn out by freedom supporters.

We had a great turn out from gun rights supporters at the recent Utah School Safety Commission meeting. We thank all of you who came. We realize that, due to the size of the crowd, many of you could not fit into the hearing room, and it may have felt like a wast of time. It was not. Having a large crowd at the hearing sent a message to lawmakers that we want solutions to school violence and that we do not want this issue to be used to advance the agenda of the gun control movement.

The deck was stacked.

Early on we realized that gun control would be a large part of the Commission’s recommendations. This became obvious when we saw the makeup of the Commission, the USSC had one seat; two seats were held by anti-gun “March for Our Lives” organizers, as well as anti-gun organizations such as the UEA.

Focus Of The Hearings Was On Gun Control Not School Safety.

While the hearings were supposed to be on school safety, virtually all the time was spent on gun control, extreme risk protective orders in particular.

Commission refuses to even consider hardening the targets.

One of the most telling signs that the Commission was not looking for serious ways to protect our kids is the fact that they made no recommendations on hardening the targets. When we seek to protect things and people that we value, we make them hard targets. We physically make banks secure, we provide armed protection for the Governor and other VIPs. The Commission made no recommendations to provide better armed response in the event of an attack. Armed attacks almost without exception end when the attacker is met with armed force. We realize that there are those who are opposed to arming teachers, although many have already chosen to arm themselves, but there are other options, such as school resource officers. The Commission dismissed out of hand any consideration that involved shooting back at an attacker. Additionally the Commission dismissed proposals to provide better physical security at schools.

We urge you to contact your state representative and state senator and ask them to work on making schools hard targets not soft targets.

Gun control recommendations of the Commission

The Commission recommended the following laws be passed:

To see how the anti-gun movement can take a seemingly benign idea and use it against gun owners consider HB 483, from the last legislative session. This bill would have allowed a family member to ask a judge to issue an order stripping a person of their Second Amendment rights if they claim they are dangerous. The respondent to such an order would not be allowed to present evidence to the judge showing that he or she is not dangerous. There would be no penalty for persons making false accusations. Upon issue of the order, law enforcement would have been authorized to seize all of that person’s ammunition and firearms. Among the things that the judge was supposed to consider in issuing the order was whether the respondent had any recent acquisition of firearms. After the order was issued, it would then be up to the person whose firearms and ammunition were confiscated to prove to the court that they are not dangerous. If they failed to convince the court that they are not dangerous, they would not be allowed to petition the court again for six months. You were basically guilty unless you could hire an expensive lawyer and prove your innocence.

It is possible that the the Utah Legislature may convene a special legislative session this summer to pass gun control, or they may wait until the 2019 General Session. It is important to pay attention to these alerts. We will advise you when something happens. When we do, it is vital that you take the time to get involved. This may entail showing up at a hearing or shooting off an e-mail to a lawmaker.

Thank you for being in this fight. We can not win it without your help. 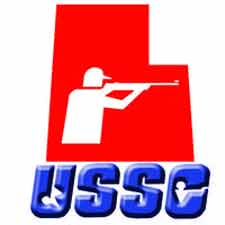 The Utah Shooting Sports Council represents the citizens of Utah who safely and legally own and use firearms, exercising rights guaranteed under both the United States and Utah constitutions. Visit: https://utahshootingsportscouncil.org/

The doomed have nothing to lose!

When the criminals appear, it makes no sense to disarm the honest citizen. Crime just keeps getting worse in California and these idiots in Utah refuse to see it.

To the progressives there is no ‘honest citizen’ with a gun. One step toward the end goal of The Narrative is total civilian disarmament. To that end, gun control incrementalism is a win. Each portion of the cake taken away is never given back, and they will always come back for more.

“Sense” is not something they are concerned with, unless it is to use that word to leverage the goals of The Narrative.

I have suggestion for Utah. When an attacker goes after a school, ask them to stop for a few minutes and ask them to share some milk and cookies with them so they can discuss the reasons why the shooter feels the way he does. I can’t see any reason why this wouldn’t work. After all, we all love milk and cookies, don’t we? /sarc

Isn’t that basically what they did to the shooter in Parkland, Florida? Local law enforcement dealt with this individual 40 plus times, the FBI was notified twice, and he was expelled from school. But the Promise Program kept him from being identified as a risk.

i thought Utah was a big pro gun state?? what the hell is happening there?

You should look at northern Idaho! The commies have a process whereby they move themselves into positions in State and County seats to begin takeover of the state. They start usually with the poorest counties by forcing out conservatives and the GOP with subversive policies. Unfortunately most conservatives and the GOP fall for tactic and do in fact move. The State Capitol and County Seat are lost to the socialists. CA, CO, DE, OR, OH, WA, LA, MA, MD, ME, CT, PA, RH, NV and they are hard at work on FL, TX, AR, MI, ID, IN, MI, NC and… Read more »

nottinghill,your 100% correct about who these people are! here in PA. ,the communist are moving in from new jersey and new york,they made a shithole out of their states so they’re moving here and bringing their communist bad habits with them.people keep calling them democrats,there is no democratic party anymore,THEY ARE ALL COMMUNIST!!!! i have been saying that for years,the sooner people get that point in their heads,the better off we’ll all be.

Regarding the frenzied and misguided support of current and proposed “Red Flag Laws”, no doubt attorneys all across the country are eagerly awaiting the windfall of law suits resulting from suicides, assaults, murders and mayhem having been committed by persons whom the government has classified as being “dangerous” and who pose an “imminent threat of violence to themselves and/or to the community”. If a “person” poses a threat of violence, then that person should be detained or arrested, or at the very least, subjected to an immediate mental evaluation and subsequent commitment, until that person is no longer a threat,… Read more »

If the commies are openly attacking in Utah… then ALL should know we’re in deep socialishit. When will enough be enough for us because the democommies have no limits or integrity.