U.S.A. -(AmmoLand.com)- Amid the Covid19 disaster, there has been at least some good news for hunters across the country. On April 9, 2020, the Trump administrations announced an expansion of hunting and angling opportunities on 2.3 million acres across 97 national wildlife refuges. For those living in the Lonestar state, this could be great news that federal refuges may be expanding public hunting in Texas. With 98% of the land privately held and typically under the subject of fees for leases or to hunt with outfitters, any additional break Texas hunters can get is a welcome sight.

Currently, the Lower Rio Grande Valley National Wildlife Refuge and Laguna Atascosa have only 6,000 acres open to hunting.  Hunts are held for deer, feral hogs, and the coveted Nilgai. Under the new proposal being reviewed by officials, 21,000 acres of land would be opened up for hunting.  In addition to the extra geography, new species would become available for hunting as well. Turkeys, doves, alligators, axis deer, fallow deer, and javelinas would become the expanded target species to open up for hunting during the fall & winter seasons.

According to the US Fish &. Wildlife Service, “President Trump is committed to expanding public access on public lands, said David Bernhardt, secretary of the U.S. Department of Interior. “This proposal is executing on that directive by opening and increasing more access to hunting and fishing by the Fish and Wildlife Service at more stations and across more acres than ever before.”

Local coverage of the potential expansion can be seen here.

Under the proposal, La Sal Del Rey would allow hunters to access the land for the first time during specified hunting days and would close to the public.  Texas parks and wildlife are taking comments until June 8th.  There are 2,075 comments at this time.

The hunting application period begins July 1st of every year through an online process by Texas Parks and Wildlife Department (TPWD). Click on this link to go directly to the online hunt application process and details on the Refuge Special Hunt Regulations. With 1.25 million licensed hunters in the state of Texas, this move would be helpful for the local hunters. For Texas hunters who do not have the financial means to pay for expensive lease opportunities or to hunt on private ranches. News 5 KRGV posted the link to their Facebook page and the comments section reflected a split opinion amongst the populous. Hunters overwhelming support the proposal while the non-hunting public holds reservations.

Looking over the situation across the country, the fact that federal refuges may be expanding public hunting in Texas I feel like this is a positive move by the federal government.  As is with most refuge hunts, they are highly controlled and enter must adhere to strict guidelines such as times they can scout, enter and exit the area, or in this case, deer decoys are not allowed. Hunting opportunities have become much more difficult and expensive than in past decades even as the number of hunters has seen decline up until the pandemic.

The long-standing traditions of hunting have always faced the restrictions of access around the country. It is refreshing to see an expansion of federal land hunting opportunities. During a time where public land battles rage underneath the surface and out of the spotlight, which is currently covered completely by the pandemic and wallows of grudge match politics getting out and hunting might be the only thing to keep us sane. 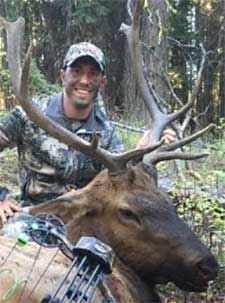 I hunted last year in the Balcones National Wildlife Refuge north of Austin, Texas. Texas also opens its state parks to hunting, mostly exotic species and I’ve hunted several of those parks over the years.

The map of fed wildlife refuges e considering opening cut off Texas! Help! Where can we see the whole map?