“This country does not need more failed anti-gun laws that ultimately do nothing to stop crime, but hinder law-abiding Americans’ natural-born right to protect themselves and their families,” Tim Schmidt, President and Founder of the U.S. Concealed Carry Association said today. “With record numbers of Americans stepping forward and choosing to be their family’s first line of defense, Congress should be focused on protecting, not criminalizing, these most responsible members of our communities. If Congress and the Biden Administration really want to prioritize Americans’ safety, they should finally get serious about passing H.R. 38, the Concealed Carry Reciprocity Act, which will help law-abiding gun owners better protect themselves and their families.”

In the last week alone, Schmidt penned two op-eds that ran in The Hill newspaper as well as Townhall.com in which he outlined the importance of Congress finally addressing concealed carry reciprocity instead of more failed anti-gun laws. U.S. Representative Richard Hudson (NC-08), author of H.R. 38, the Concealed Carry Reciprocity Act, tried to force a vote on his bipartisan legislation as an amendment to the underlying bill today, but it was blocked by the Democratic majority.

“The U.S. Concealed Carry Association commends Congressman Hudson for trying to pass H.R. 38 in the House, as well as those who stood with him today. It’s very disappointing that a small majority of lawmakers instead chose to block this common-sense effort which would have helped millions of Americans better protect themselves every day. The fight to pass this important legislation will go on and the USCCA will continue to be behind it 100%,” Schmidt concluded. 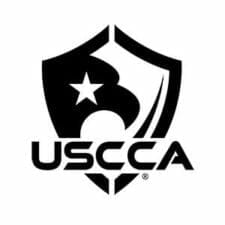 Yeah…fighting for reciprocity is like saying……” fighting for Truth, Justice, and the American way.” Superman couldn’t get reciprocity passed in this political environment. We’ll be lucky not to have to fight in the streets to keep our guns………reciprocity…..fagetaboutit……

Republicans didn’t get it done when we had house, senate and presidency. What are the odds of getting it done now? The problem has only gotten worse with big rich anti gunners like bloomburg buying legislators and governors and they will continue to do so because there are politicians willing to be bought like Kate shit stain Brown of Oregone. I think at any time in history, this may be the hardest time to try and get it done.

Thanks for trying and good luck, you have my blessing and best wishes.

Last edited 1 year ago by musicman44mag
3

Mitch wouldn’t bring it up for a vote in the Senate, or the Hearing Protection Act, claimed he didn’t have the votes even though both Passed the House.

Mitch was not in charge then, I dont like Mitch either but it was Paul RINO Ryan that was in charge then & was the one that would not let it come up for vote.

RINO Ryan was in the House; Mitch is Senate, and didn’t push for it even after Trump lied to the NRA that he would get Reciprocity and HPA passed…..NOT.

No. It got out of the House and sent to the Senate. Mitch let it die by not ever bringing it up for a vote. And that was a purposely done cancellation by the GOP. It could have been put through before the end of the session while both branches of the legislature were firmly in the hands of GOP.

Reason enough right there to walk away from the GOP and form a new third party that rejects all RINO’s.

Not sure what politicians are thinking but they are generally anti-gun when they have the chance. The best thing for us to do is wear and show our weapons every day. Over time this will condition politicians in a positive way.
HLB

Or it will scare the hell out of them… which is quite alright with me, too!

There are lots of delusional people out there who not only thought the bill would pass but it never even occurred to them that the law would never have gone into effect because it would quickly be struck down by any number of Federal district court judges.

The same is true of anyone who would carry a loaded, concealed handgun anywhere.

Last edited 1 year ago by Charles Nichols
0
AmmolandTV
View All
Editor’s Pick
Recent Comments
wpDiscuz
We use cookies on our website to give you the most relevant experience by remembering your preferences and repeat visits. By clicking “Accept All”, you consent to the use of ALL the cookies. However, you may visit "Cookie Settings" to provide a controlled consent.
Cookie SettingsAccept All
Read More
Manage consent