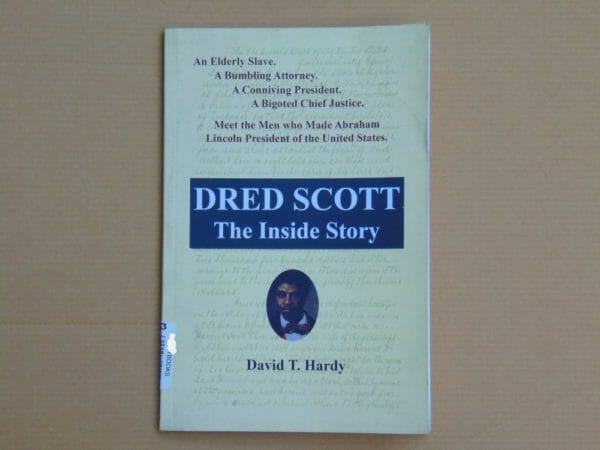 U.S.A. –-(AmmoLand.com)- The Dred Scott decision by the United States Supreme Court, delivered an opinion, written by Chief Justice Roger Taney, in 1857, that rocked the nation.

Many claim the decision precipitated the secession of the southern states and the War Between the States, or the Civil War, as many prefer.

One of the most famous passages in the decision is where Chief Justice Taney is explaining why black people cannot be allowed to be citizens:

It would give to persons of the negro race, who were recognised as citizens in any one State of the Union, the right to enter every other State whenever they pleased, singly or in companies, without pass or passport, and without obstruction, to sojourn there as long as they pleased, to go where they pleased at every hour of the day or night without molestation, unless they committed some violation of law for which a white man would be punished; and it would give them the full liberty of speech in public and in private upon all subjects upon which its own citizens might speak; to hold public meetings upon political affairs, and to keep and carry arms wherever they went.

Historian David Hardy has done fascinating original research on the Dred Scott case. The case is one of the most studied in American history. There are several mysteries involved. Hardy explores them and is able to uncover what Chief Justice Taney and others on the Court expected to accomplish with the case.

Dred Scott The Inside Story by David T. Hardy

The book is only 84 pages long. It is crammed with excellent scholarly work and references. This is a very well-done example of historical detective work.

In his youth, Chief Justice Taney was anti-slavery. As he grew older, he became pro-slavery. To those interested in conspiracies, there was a conspiracy to bring the Dred Scott case to the Supreme Court. The expected outcome of the case, by Chief Justice Taney, was to end the controversy over slavery, by taking the issue out of the hands of Congress. Thus, the conspirators thought, they could preserve the United States and prevent future conflicts.

The book illustrates the problem with grand conspiracies; the law of unintended consequences.  Hardy persuasively argues the Dred Scott decision led directly to the election of Abraham Lincoln, and the war that followed.

The book is filled with interesting historical facts about the case and the people involved. A mountain man who married well and became one of the richest men in society. The bond between an illiterate slave and the son of the man who owned him, which was maintained over decades and led to the slave’s freedom; the four military officers who all claimed Dred Scott as their servant, to increase their monthly pay by nearly 50%, all at the same time.

For students of history, the book gives a fascinating look into the dynamics of 1850’s politics, and how they led to a radically changed society through the War Between the States and its aftermath.

There is no question the Supreme Court justices of the time believed the Second Amendment protected an individual right to “keep and carry arms wherever they went.”

Whatever Chief Justice Taney got wrong in the Dred Scott decision, the right of individual citizens to keep and carry arms was well understood in 1857.

I highly recommend reading this short book and give it my own five stars!

Some of the links on this page are affiliate links, meaning at no additional cost to you, Ammoland will earn a commission if you click through and make a purchase.
5 Comments
Most Voted
Newest Oldest
Inline Feedbacks
View all comments

Sounds interesting. Thanks, Dean! I’ll have to pick up a copy.

For a more detailed perspective of 1850s America, I recommend, “1857: A Nation On The Brink”, by Kenneth Stampp. Dread Scott is covered in the book, as well.

It amazes me just how stupid people actually are. Minorities seem to be predominantly Democrats, and yet members of the DCP are the KKKs the slave owners, and the ones that enacted laws against them.

Dean, I always appreciate your columns. Please, as a tiny nit picky detail, note that the past participle of the verb “to lead” is led, not lead.

Good catch. Thanks for having our backs.