USA – -(AmmoLand.com)- In recent weeks, YouTube has begun purging suppressor-related videos at an alarming rate. The videos YouTube has flagged and deleted thus far contain footage of someone mounting a suppressor to a host firearm, even if the videos in question were posted months or years ago.

YouTube’s closed-door censorship seems to stem from a gross misunderstanding of suppressors and a reinterpretation of their own vague policies. As a direct result, the American Suppressor Association (ASA) is aware of multiple channels receiving “strikes” with the threat of being permanently deleted from YouTube.

One example is the NFA Review Channel, run by longtime friend and ASA supporter Adam Johnson. For the past decade, Adam has dedicated his time to creating engaging and educational firearms-related content for his YouTube page. He has helped teach thousands of people about the merits of suppressors and has raised tens of thousands of dollars for ASA’s for pro-suppressor advocacy. Adam has supported us without question. It’s time that we show him the same support.

The NFA Review Channel has created a page on Rumble, a video-sharing platform similar to YouTube – but with less firearm related censorship. His new profile can be found here: https://rumble.com/c/NFAReviewChannel

Adam has informed us that he will continue to upload to YouTube until his page is taken down, however, all new videos will be uploaded to Rumble a full week prior to his YouTube account.

Please consider taking the time to support Adam by subscribing to his channel on Rumble. You will not regret it!

ABOUT THE AMERICAN SUPPRESSOR ASSOCIATION

YooToob is anti-gun because they’re a bunch of communists who want to cancel pro-liberty content (particularly guns). They’re only anti-private gun-ownership; they want only the most important loyal party members and enforcers to have guns, a position they have not tried to hide. 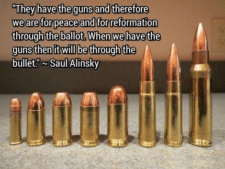 First of all, Patriots need to put their content on platforms which support free speech.

Since You Tube makes its money by allowing advertisers. The fewer viewers the less they can charge.

Oh, remember Covid?? Who advised You Tube to censor content which went against the narrative?

TN JEW BOY OVER AND OUT

FYouTube and FGoogle.
FJB and FATF.
They are all a bunch of communist traitors to our constitution.
I hope they all burn and Hang one day.

The only thing that ASA should be doing is getting “silencers” removed from the NFA.

They’re even removing manufacturer videos. Scroll down about halfway. I guess that’s what you get when your content censors are a bunch of lowest-bidder offshore contractors in some third-world hole. They’ll do anything for (literally) a buck.

Just another example of the federal government’s illegal and irresponsible relationship with social media platforms, aiming to silence and discredit opposing viewpoints. Nothing to see here. DOJ and ACLU are somehow still not interested.

Ok I’m sure I’ll get jumped on but I don’t understand why a private company can’t do what they are doing. I definitely don’t agree with the government using them for their puppets but that’s more on .gov. You say they are a monopoly but there are other platforms such as rumble that’s mentioned.
I don’t like it but I recognize it as their right. What am I missing? Can y’all explain it to me without losing it on me?

Hazcat
Reply to  Matt in Oklahoma

Read John Crump’s answer below. It comes down to the rules of publisher vs Platform and the 230 exception created for them. Phone companies do not get held accountable for what is said over their systems because they are a platform and the do not edit the content. Publishers (think books) are able to edit the content and therefore held accountable for their content. YT has the immunity of a platform. It was created under rule 230 just for them but is editing like a publisher. You can’t have it both ways. Either you are held liable for your content… Read more »

Matt in Oklahoma
Reply to  Hazcat

Ok that makes sense. Appreciate it

Not to mention how much tax dollars are used to keep them in business. Or their lack of paying what’s owed. Private business = private money. They earn tax incentives we don’t even qualify for.

Matt in Oklahoma
Reply to  Arny

That’s something that needs to change because .gov are using them as puppets. Unfortunately I’ve seen that in many industries like agriculture where they dangle that carrot and next thing ya know they’ve destroyed millions of chickens for an east buck.

Arny
Reply to  Matt in Oklahoma

And if you don’t play you will wish you did. They’ll shut you down some how.

There are two reasons for the left’s dogma that violent crime is caused by guns (and gun-related items): 1) They prefer blaming inanimate object instead of facing the real cause of violence in America, which is the spreading of the dystopian urban culture of ignorance, insolence, arrogance, and violence. They don’t want to confront this culture because they know they would be called racist for doing it, even though this horrible culture is now adopted by people from all demographics. 2) They see gun bans as revenge for both Trump and the overturning of Roe. Basically the thinking is “if… Read more »

No doubt Youtube is following orders from the Communist Biden Regime. In Communist countries the government controls the media. And there is no question in my mind that the US has fallen to Communist rule. The Republicans in Congress are just speedbumps, as is the Supreme Court. The pistol brace tyranny is a dry run for phase 2 of the regime, which is the reclassify magazine fed semi-auto rifles as machine guns, and banning military caliber rounds from civilian posession. You can be sure the Chicoms are deeply involved in current US gun control efforts. As for the Supreme Court,… Read more »

Please STOP using the word COMMUNIST to describe these A-HOLES. I submit the correct definition of just who and what they are is FEUDALIST. COMMUNISM in “theory”, is quite different from FEUDALISM, but admittedly, has been almost identical thus far when put into practice. But FEUDALISM makes it VERY clear just what the Zio-Globalist Billionaire/Trillionaire degenerate vermin want for what’s left of the human population once their CULLING of the HERD has been completed….and it is MOST certainly a FEUDALIST OLIGARCHY ruling over the GOYIM with an IRON FIST (and forget the velvet glove), tossing out kibble from their limousine… Read more »

U Tube is a product of all who publish to their platform. We should has seen this coming years ago. The more we support them, the richer and powerful they get. Keep in mind however, they are more diverse than just having firearm related channels. What to do if and when all gun enthusiasts leave U Tube for other alternatives? They still have a decade lead. In their business area, content is king. It will take another decade to eventually build another platform(s) that can give them serious competition. I don’t see another Musk like buyout in the future.In the… Read more »

Google owns YouTube. I’m surprised they haven’t silenced firearm channels more than they have. Google is run by the three letter agencies. They rub our nose in it. https://en.wikipedia.org/wiki/Alphabet_Inc.

HOW DARE THEY EXERCISE THEIR RIGHT TO CONTROL THIER PRIVATE PROPERTY!
Tell me ASA are you going ot let Moms Demand Action post on your website? If not then you are being a hypocrite.

It is a little different. You are a publisher or a platform. Plus YouTube it should be treated as a utility or broken up for being a monopoly.

IMHO, They are a utility. Like it or not, Ma Bell was a utility that monopolized the telecommunications industry. The telecommunications industry exploded with innovations and if I’m being truthful, user costs exploded too when the Fed’s broke their monopoly. I see the same conditions with YouTube. I have been telling folks the entire time I have been here that this day was coming and to start looking for alternatives. Parallel Economy, Rumble, Locals, TruthSocial and the likes. Demonetization is big on YouTube, Fakebook and Twitter, (BEM,Before Elon Musk), and that’s coming to recalcitrant content producers too. I heard something… Read more »

We can always count on you for the absolute dumbest takes!

I would guess they would, as long as their not being completely indignant and bashing people, once they realized they brought flowers and rainbows to a gun fight, like they normally do when they get confronted with someone who can intelligently articulate the facts.

I mean come on….. They allow you to post after all lol.