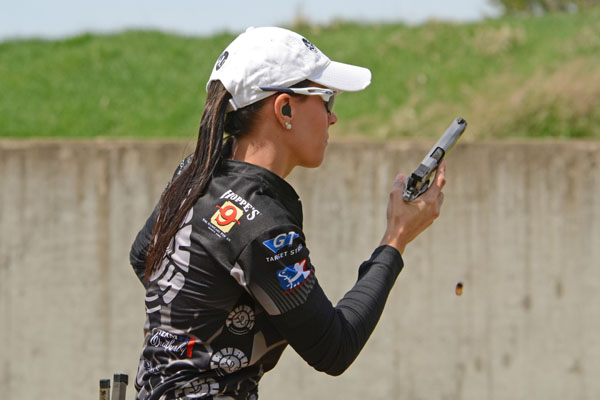 The USPSA 2014 Single Stack Nationals attracted more than 370 of the nation’s best handgun shooters and tested their marksmanship and dexterity with 14 challenging courses of fire. Sponsored by Springfield Armory, the match assessed shooters’ skills with the renowned 1911 handgun.

Throughout the match, Duff utilized the Uncle Mike’s Kydex Holster. One of the original injection-molded kydex holsters on the market, Duff selected this proven holster for its simplicity, adjustable design and durability.

Competing and excelling in five different shooting disciplines, Duff is recognized as one of the most accomplished competition shooters in the world. In 2013, she became the first woman ever to earn the title of Grand Master (GM), the highest ranking the United States Practical Shooting Association (USPSA) awards a shooter.