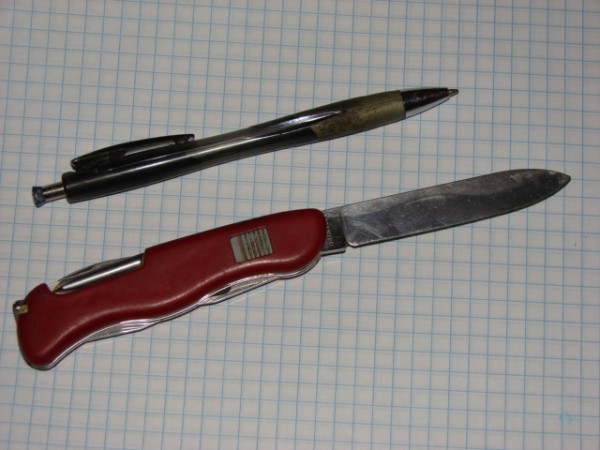 Arizona – -(Ammoland.com)- The Village Voice of New York City has come out in favor of knife reform legislation.   The abusive prosecutions under this law have, no doubt, been going on ever since its passage in the 1950’s.   Knife Rights has been in the forefront of this fight, and has an ongoing court case, noted in the Voice article.  The abuses have become increasingly severe in the last 10 years, with The Village Voice noting that as many as 60,000 people have been arrested.  From the Village Voice:

Assemblyman Dan Quart will introduce a bill today to adjust the language of the state law, which was originally passed in the 1950s and was aimed at a switchblade-like weapon called a “gravity knife.” In recent years the law has been enforced almost exclusively in New York City, where it has been used to arrest thousands of suspects carrying commonly available pocketknives. Construction workers, artists, and many others who use pocketknives for work have found themselves caught up in the aggressive enforcement.

Quart’s bill would allow criminal penalties only when a suspect has “criminal intent” for the knife in his or her possession; currently, simply possessing a knife that can be opened with the flick of a wrist, the legal standard long accepted by the courts, can land you in jail, or even draw significant prison time. Amanda Wallwin, Quart’s chief of staff, said “we expect it to pass easily…the real battle is in the senate.”

The text of the reform bill proposed by Assemblyman Quart is virtually the same as the old statute, with removal of he “gravity knife” from the possession paragraph.

The standard “can be opened with a flick of a wrist” has not been interpreted to mean that the knife is designed to be opened that way, or that the person in possession of the knife can do it.  It has been taken to mean that the knife qualifies if *any* person is able to do it.  Someone who is well practiced and trained, who tries a few different techniques, can get just about any folding knife to do this.   I have regularly done it with Swiss Army knives like the one pictured above.  There have been situations in New York City where a common pocket knife is passed around between two or three officers until one who is skilled or lucky enough is able to open the knife this way.  They only feel the need to do it once.  Then the arrest is made.  Many NYPD police are critical of these arrests.  From theerant.yuku.com, a NYPD discussion forum:

This collar is a favorite of the ” NEW BREED” of cop. The saddest part I would see the rookies stalking the subways between 5-7pm to catch a construction worker wearing one so they could get there number and Big CPW arrest. This is why the public hates us. Cause discretion has been taking away and it’s all about numbers. All created by the likes Of Raymond Kelly, Espo, Mike ” raisin balls” Marino, and the other scumbag brass that created this disaster of a dept we currently have. Yeah will get a raise. Keep writing guys. Just remember the man behind the numbers madness Michael Marino scammed 3/4s. He was fvcking cops for low activity the whole time he was plotting to scam a 3/4 pension.

The comment above is on a discussion about the first Village Voice article on this subject, from 7 October 2014.   This paragraph shows the Voice’s thought on the subject:

Nonetheless, under the department’s unique interpretation of Penal Code 265.01, almost every pocketknife on the market today can be considered a gravity knife. It’s as if authorities in New York City were using an antiquated law against flintlock muskets to prosecute BB-gun owners.

The Voice probably does not know that BB guns are considered the same as firearms in New Jersey, and unlicensed ownership gets you a mandatory three years in jail.   Because common airsoft guns are semi-automatic and hold more than 15 rounds, it is unclear if they are considered “assault weapons” under New Jersey law.  Many common .22 hunting rifles are defined as assault weapons in that state.

It is nice to see the Voice come on board for common sense, even if it is after 60 years and a recent decade of abuse with thousands of citizens arrested, fined, extorted, and imprisoned for a “crime” that should never pass Constitutional muster.

There is no reasonable reading of the second amendment in which knives would be excluded from its protection.  They are, and always have been, arms in common use by the militia from the revolutionary period until the present day.
c2014 by Dean Weingarten: Permission to share is granted when this notice is included. Link to Gun Watch

Oddly, the same sort of problem exists here in San Antonio TX, where I live. Although the state of TX now considers even switchblade knives to be legal, since there is no state preemption law, the City of San Antonio still arrests people for carrying “lock-blade knives.” San Antonio first passed this law in the late 1960s after the Buck Knife company produced the first folding hunting knife. The knife had a mechanism to lock the blade in position when it was open. This was designed as a safety measure to prevent the blade from folding down on the user’s… Read more »