Thomas Conroy reports with his list of lights he thinks are the best 5 Everyday Carry Flashlights.

United States -(AmmoLand.com)- Fear of the dark is one of humanity’s old terrors. And for good reason.

Some things that go bump in the night can hurt us. It’s not clear if the first humans learned to make fire more out of a desire for warmth or for a way to light the darkness.

Now we can carry around our own personal torchlight in our pockets. Instead of striking flint and steel together, we can light up the night with the simple push of a button.

Our modern flashlights are sometimes so bright that we can actually use them as a weapon of sorts, bedazzling and temporarily blinding potential threats.

There are so many great lights available there’s no excuse for getting caught in the dark. Here is my list of the Top 5 Everyday Carry Flashlights. To make this list, the lights have to be small enough to slip easily into a pocket, but high-quality and more sturdy and reliable than a small light you might pick out of a dollar bin at the local hardware store.

My parameters mean that plenty of really nice lights won’t make this list for various reasons, like the amazing 800-lumen Steiner MK5. At 6.5″ long, it might prove just a tad big for true everyday carry in your pocket. But it might be ideal to slip into a glovebox or maybe a backpack when you travel – just in case you need a hand-held landing light on an improvised backwoods airfield, or want to signal the International Space Station.

Here is my list of the five best flashlights for everyday carry in no particular order:

At only 35 lumens, this light probably isn’t going to disorient an assailant, and won’t be like holding a small sun in your hand. However, its slim, compact size makes it more likely that you’ll actually have this light with you when you need one.

Running on a single AAA battery, it measures only 3. 5″, and weighs just a tad more than 1 ounce. I’ve got plenty of pocket knives that are heavier and longer when closed. For a good comparison, get your hands on the ubiquitous, disposable Bic lighter. It’s also only 3.5″ long and weighs about .7 ounces. This small flashlight won’t break your bank, as it sells for around only $20.

This 300-lumen dynamo offers a dual-threat against potential aggressors. Not only can it totally ruin a bad guy’s vision for precious seconds, the front end has a crenulated Strike Bezel and the back end has a scalloped tail cap, making it useful to poke or jab with or serve as a Yawara Stick for pressure-point strikes.

MFG’s SPECS: The E1D LED Defender is an ultra-compact, dual-output selfdefense flashlight that produces 300 lumens of blinding white light on its high setting––enough to temporarily overwhelm the darkadapted vision of an aggressor. This tactical-level light, shaped by a TIR lens, creates a high intensity beam with plenty of reach and enough surround light for peripheral vision. Its intense output is always just a click away in high-stress situations, thanks to the E1DL’s virtually indestructible LED, and its ergonomic, dual-output tailcap switch. The first press or click produces its high output beam while a second press or click, within two seconds, generates an extended-runtime beam that’s useful for tasks where 300 lumens of light may be overkill. The E1D LED Defender also features a rugged crenellated Strike Bezel® and scalloped tailcap which can be used
for self-defense purposes. You get all of this versatility and personaldefense capability from a tough Mil-Spec-anodized aluminum light that’s just over four inches long and 3.1 ounces in weight.

It runs on a single CR123A Battery, and on its lowest setting of only 5 lumens, it can burn continuously for almost two full days. At just over 4″ long, and just barely more than 3 ounces including battery, it can fit in your palm and has a handy pocket clip to keep it right where you need it. This high-level of quality and performance has a price, as it retails for north of $215.

This little light runs on only one CR123A battery, but its small size is deceptive. It can crank out 210 lumens of blinding white light. It also has four other brightness settings, so you produce only as much light as you need, letting you wring the maximum runtime out of the battery.

The low end is very low indeed, only 3 lumens. But at the low end, it can burn continuously for about 5 days or a standard work week. That’s a lot of capability in a package that’s only 3.5″ long. It’s not that expensive, either, retailing for around $53.

This is the least costly light on the list and shines at only 10 lumens. How on earth is this tiny thing at #2 on my list? It’s only 1.4″ long, and weighs one-third of an ounce – that’s about equal to the weight of three U.S. pennies. You can carry this light with you everywhere, even if you spend much of your time at a nudist colony.

It has a keychain clip, and most of us have our keys with us all the time. If you clip a Nano to your keyring, you’ll always have light. It runs on one IEC-LR41 coin cell battery and can run constantly for up to 8 hours.  And since it sells for about the same price as a burger combo meal, there’s no reason not to have one, or three, or seven of these tiny lights stashed anywhere you commonly find yourself. You won’t temporarily blind any attackers with a Nano, but it can sure help you find your way in the dark.

SureFire Titan Plus. This is my top-rated everyday carry light for two reasons. It can blaze with 300 lumens, especially if you put a NiHM battery in it. And it’s only about twice as big as the near-microscopic Nano. At only 3.3″, and 1.8 ounces, the Titan Plus comes equipped with a ring so you can clip it to your keychain. Plus it’s got a pen-style clip, allowing it to be equally at home in your pocket. Its diminutive size lets you get really creative on where you stash it – hang one on a lanyard around your neck, tuck one into your sock, perch one over your ear like a carpenter’s pencil, just about anywhere you can think of to stow a tiny, powerful light.

MFG’s SPECS: Fueled by one AAA NiHM battery or a readily available AAA alkaline. Has a 300-lumen MaxVision Beam on high. Features a quick detach key ring that permits swift access to the light when you need it as well as a removable pocket clip that provides many secure pocket carry options. The nickel plated brass bodied Titan Plus was built for the rigors of modern life-and is ready for anything.

It has three settings: the aforementioned 300-lumen super nova setting, a medium 75-lumen setting, or the low 15-lumen setting. So it packs a lot of versatility and choice into a small package. It sells for around $90 retail but is well worth the cost.

Being able to see what you, or others, are doing can sometimes make the difference in an emergency. There are so many small, powerful and high-quality lights available now, that all of us should pack at least one, every single day. Just remember to stock up on the right size batteries so you can always be the light against the darkness.

Thomas Conroy is a firearms aficionado who lives in the Midwest.

AmmoLand Editor Comments:  This article was updated to reflect changes in product improvements / availability on 09/07/2017.

Streamlight ProTac HL 700 lumen for me. Small enough for EDC, big enough to use as a CQB weapon, and damned near indestructible! About $70.

$215 for a surefire that costs $10 to produce is criminal

I am a huge fan of the Olight S1 Baton Flashlight . Super small, always there when I need it, and can be as bright as the Sun with just a push of a button.

Streamlight ProTac HL USB 850 lumens for about $100 this thing lights up the whole neighborhood. It is ASB rechargeable, with 10 different programmable buttons and 3 light stage. Has a great strobe just push the button, 1st is bright, 2nd is strobe, 3rd is normal.

A great great flashlight all that you need . Most people don’t realize that a light goes hand in hand with a self defense gun. This one is a MUST HAVE ! 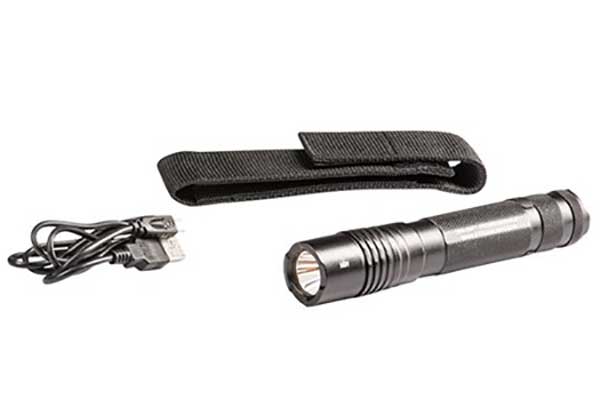 My EDC light is a simple old school. inexpensive Fenix E11 Flashlight. Simple one setting with a push button tail cap. I am surprised how often I use it in the daytime. 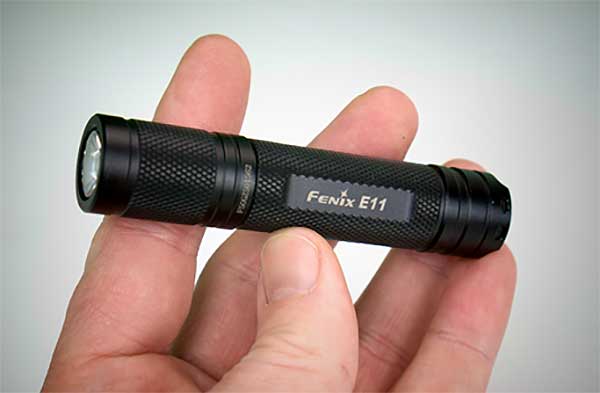