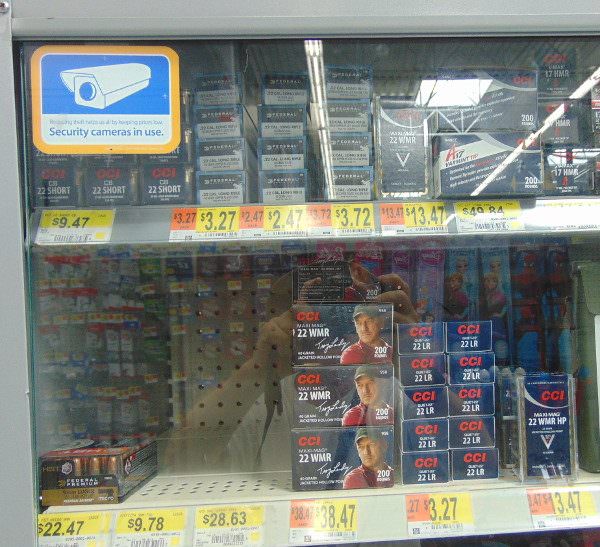 Arizona – -(Ammoland.com)-Vista is the corporation that owns CCI and Federal brands. They have been increasing production of .22 rimfire ammunition. It was expected to be ramped up 20% this year.

Following the election of President Trump, demand for ammunition has dropped. According to an article from Lewiston, Idaho, Vista has laid off employees in both the Lewiston and the Anoka, Minnesota ammunition plant locations.  From the postregister.com:

The number of people who work at Vista Outdoor’s ammunition-making operations has been shifting since February. A month-long voluntary, temporary furlough for about 100 Lewiston employees ends Thursday and will bring the number of employees at the operation to 1,465.

The measures Vista has taken in Minnesota were more sizeable. That plant permanently lost 130 employees in early March. It had about 1,430 employees prior to the cuts.

Lewiston laid off 15 salaried employees.  The Anoka facility laid off about 10% of its 1,430 employees. The presumption is that it is not employees at the rimfire production facilities that are being laid off.

Centerfire ammunition shelves tend to be well stocked. That is not the case with rimfire ammunition, especially .22 Long Rifle cartridges. The .22 LR continues to be the most popular cartridge in the world. Annual production for the U.S. market is estimated at 5 billion rounds.

There are many stores that have little to no .22 rimfire ammunition on their shelves.  Prices are high compared to the historical average.

Is is unlikely that Vista would be laying off employees involved in .22 Long Rifle production. Demand for rimfire ammunition is far from saturated.

Eventually, the price will drop back to where it is close to the cost of production, marketing, shipping, and retail sale. I expect the price to fall to 4 cents a round by October of 2017.  The price is down slightly below 5 cents a round in some stores now but, there are still limits on purchase.  WalMart limits purchase to three boxes a day, per customer, in most stores.

Supply will have to satisfy demand enough for those limits to come off and for the price to drop below 4 cents a round. It has not happened yet, but the process is ongoing.

Prices will drop and demand will be satisfied. The .22 ammunition bubble is a fascinating example of the intersection of politics and microeconomics.

I still have some boxes of 100 CCI marked $1.97 etc. Now wish I had more, but also thinking I’d like something with a little more zing. 223 is to hot and loud, something in between. Can anyone recommend another rimfire (not .17 cal) that they like, and why? Is it the 22 mag, or which of the others can be found reliably and economically?
thank you

22 mag was almost unobtanium, when it was on the shelves cost more then a round of 9mm.

And then there were some of us that, years ago when 22 was dirt cheap, saw what was probably coming and stocked up then. I bought about 20k rounds of CCI Mini Mag when it was $5.00 per hundred (over a period of time) figuring it was bound to go up. Sure enough, Democrats proved me correct. I still have bricks of 22 marked $9.

Done to KEEP prices high. And save the company money by not having to pay an employee.

Ammo manufactures have been a$$ raping us all for quite sometime now and that is the God’s honest truth. I do not mind paying for things just don’t bend me over in the process. . .

@Jimmy, And don’t forget that Barack Obama reduced the purchasing power of the dollar by half so that he could pay the Chinese the money that we owed them. With a reduced value dollar, Bayrock paid them back in fifty cent pieces. The side effect was to reduce Americans’ earnings, and savings to one half of its purchasing power, also. Thus if you had a thousand dollars in the bank, it now only purchased only $500 of goods. If you were a millionaire you lost a half of a million dollars. If you were a billionaire, you lost a half… Read more »

Wild Bill, you could include the Iranian payback too, so they could ramp up their nuclear weapon delivery systems.

Unfortunately the drop in production (supply) may well put upward pressure back on prices… just when the hoarders and scalpers were out of money and prices and supply was returning to “normal”. Drats!

No, we hoarders were not out of money. Several things happened. First, every country that could produce a cartridge from Mexico to Serbia started selling their ammunition in the American market. Once production lines are changed for a different market, it is hard to go back. Second, Bayrock devalued the dollar, so the price of ammo had to at least double. And then there are the hoarders and scalpers. Scalpers took gross advantage of the shortage created by us hoarders so that they could make a living under the Bayrock presidency. And now to me. I apologize for being a… Read more »

One man’s ‘hoarding’ is another man’s ‘stocking up’. Depends upon whose ox is being gored.

@Clark K, Thank you Clark. I appreciate that.

The price of 22lr dropping: “From your lips to God’s ears.”