U.S.A. –-(Ammoland.com)- “A new bipartisan bill to reform some parts of the federal background check system for gun sales may be a ‘baby step’ but members of Connecticut’s congressional delegation believe it could become a turning point on gun control,” the Hartford Courant practically drools. “U.S. Sen. Chris Murphy, D-Conn., said the proposal has significant Republican support in Congress in the wake of the latest mass shooting in Sutherland Springs, Texas, and may represent a ‘breakthrough piece of legislation.’”

Exactly. If nothing else, a proposed “fix” to the background check system prompted by the Air Force “fail[ing] to report the Sutherland Springs shooter’s domestic abuse and bad conduct discharge to the background database” gives gun-grabbing Democrats something to crow about, momentum to build on, and ground gained without a fight. Meanwhile, Republicans, many of whom we’re told are “pro-gun,” are lining up to sign on to S.2135, “A bill to enforce current law regarding the National Instant Criminal Background Check System” (text not yet available at this writing).

They do so because they’ve been given the green light by the National Rifle Association, which along with the National Shooting Sports Foundation, has given the scheme its blessing.

“The National Rifle Association has long supported the inclusion of all legitimate records in the National Instant Criminal Background Check System (NICS),” Executive Director Chris Cox told Townhall.com, which in turn gushed about this being “a win for everyone.” That statement was followed with a video of Executive Vice President Wayne LaPierre adding his plea for including those “adjudicated adjudicated mentally incompetent into NICS.” (Left unsaid is what due process protections will exist to offset politically-connected anti-gun judges, politically-appointed boards, and “expert” adherents of the American Psychiatric Association’s “Position Statement on Firearm Access, Acts of Violence and the Relationship to Mental Illness and Mental Health Services.”)

But hey, we don’t want violent criminals and crazy people getting their hands on guns, do we?

No, of course not, but anyone who believes this latest legislative kabuki performance will make a bit of difference on that score needs to explain what motivation this will give those who flout such “laws” to mend their wicked ways. Or how it makes sense leaving someone who is a proven danger free to live among us…

They should also be able to answer some basic questions, including:

Where in the Constitution has the national government been delegated the power to enact and enforce such legislation? If it’s OK for them to just assign themselves authority because they covet it, what is it they may not do, and what’s to stop them if they do it anyway? The courts? With judges approved or rejected by politicians based on who’s got the power and a perceived likelihood of supporting desired agendas?

Is NRA’s position really that “gun control” works? Has there been new knowledge added since 2004, when:

“[T]he U.S. National Academy of Sciences released its evaluation from a review of 253 journal articles, 99 books, 43 government publications, and some original empirical research. It failed to identify any gun control that had reduced violent crime, suicide, or gun accidents. The same conclusion was reached in 2003 by the U.S. Centers for Disease Control’s review of then‐extant studies.”

So next time the NRA tells us that it doesn’t work, what are we supposed to believe?  What they endorse is effective, but all other kinds of citizen disarmament laws aren’t?

Since Sandy Hook, a handful of colleagues and I have been privy to a sentiment within the “gun lobby/industry” that politicians are going to have to give up something in order to mollify easily-shaken constituents. Our position has been you don’t give an inch, and if you do, we’re going to publicly oppose you. It’s the old truism that if you’re surrounded by a pack of starving jackals, it will not work in your favor to throw them a scrap of flesh and then expect them to go away satisfied.

Yet we still see that pressure to do just that, to throw something under the bus. We saw it after Las Vegas with “bump fire” stocks. Now we’re seeing it with “Fix NICS.” Meanwhile, we still see no progress or national concealed carry reciprocity or suppressor deregulation. With supposedly “pro-gun” Republicans controlling both houses of Congress and the White House, and with a Supreme Court majority presumptively secured through the confirmation of Neil Gorsuch, why are we moving backwards?

Still, what’s the big deal? These are all seemingly innocuous concessions. Bump stocks are essentially novelty items. And we already have NICS, so why not just beef up background checks a bit (no matter that the National Institute of Justice concluded “Effectiveness depends on the ability to reduce straw purchasing, requiring gun registration”)? And no one we know is likely to get caught up in a mental health dragnet—we hope.

None of these are hills worth dying on, right?

Is there one that is? Once you give these things up without a fight, what will be next?  Because there will be a “next.” Chris Murphy just said as much when he referred to “baby steps” leading to a “breakthrough.”

So did Nancy Pelosi, who admitted something the gun-grabbers had previously ridiculed as a bugaboo of paranoid minds: A “slippery slope.”

And what’s at the bottom of that slope? Something else the gun-grabbers ridicule when they chide “No one is talking about taking your guns.”  Sure they are, and they’re getting more in-your-face about it, with major newspapers in recent days telling us “existing laws” are not enough, the Second Amendment should be repealed, and the ultimate answer is confiscation.

None should have any illusions that raising these concerns will halt the NRA/Republican drive to give Democrats a victory on guns that they can then build momentum on. Unfortunately, our “A”-rated political “gun rights leaders” fear actually being leaders, declaring not another inch, and educating their constituents on how and why they’re being lied to.

Hopefully they are under no illusions that once their usefulness in the baby step du jour is over they’ll be credited with being reasonable. When those who would disarm their countrymen are ready for the next step and have their eye on the next incremental gain to go after, they’ll renew their accusations that the NRA and its supporters have blood on their hands, that we never compromise, and that anyone opposing “common sense gun safety measures” is an extremist, a terrorist… 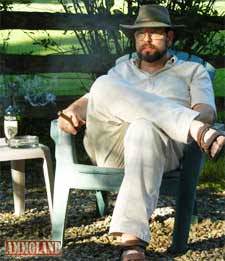 @Clark Kent: We all know you’d rather see gun laws passed and THEN raise a hue and cry against them, that’s pretty much a given. My stand is we oppose not only ALL proposed gun laws but start repealing every single one of the 22,000 + gun laws that are already on the books. They don’t work, never have worked and yet we just keep saying “just one more will help”. No, 22,000 FEWER will help. But you won’t agree with that will you? Why, because you are one of those we should recognize as a faux gun supporter. You… Read more »

I’ve changed my mind. When this thing was first announced, I said to myself, “what could go wrong?” Then I posted a comment that expressed my own great trepidation and cautioned everyone else to be very afraid of giving even a millimeter to the left, ever — but especially on this issue. Thanks to Mr. Codrea for reminding me of the absolute need for due process and the ways due process can be twisted to indoctrinate and oppress voters but still win their votes. Clearly, democrats are aware this could become a great coup. They also know a hundred million… Read more »

@Rich. “How long will it be before anyone wanting to purchase a gun has a “mental health issue”?” Exactly. On the line at CVS many times I can easily see what they are picking up, and conversations they have with the pharmacists; a lot of stress medications. A lot of stress in our society caused by many many factors. A lot of law abiding good people lawfully prescribed stress medication for a period of stress in their life. A lot of left wing democrats already have deemed them “mental deficient s” and have pushed administrative policy and law preventing these… Read more »

How long will it be before anyone wanting to purchase a gun has a “mental health issue”?

Cornyn introduced S446 on 2/27/2017 as wall dressing. No action on S446 since that date of introduction. Anti-Second Amendment bills that come long after 2/27/2017 are before the Judiciary Committee now? Nothing, not one thing; until S446 goes thru committee and is on it’s way. Without Reciprocity the safety of the people are in dire jeopardy. In fact, if Cornyn was true, he would put some statistics before Feinstein on how many death’s the lack of Reciprocity has caused and tell her any NICS Addition Acts are next year’s business at best, or maybe 2019. There is nothing she can… Read more »

When is Dave going to stop guessing at everything and provide some FACTS? He admits the text of the bill in question is not yet available yet he still postulates and predicts gloom and doom. How many box tops did you send in for your ‘journalism’ degree, Dave?