RALEIGH – -(AmmoLand.com)- United States Attorney Robert J. Higdon, Jr. announced that today, JUSTIN O’NEAL BARNES, 30, of Greenville was sentenced in United States District Court. The charges stem from the recovery of a firearm in a liquor store in Greenville on October 11, 2017.

U.S. District Judge James C. Dever, III sentenced BARNES to 120 months in prison following his December 18, 2018 conviction by a jury for being a felon in possession of a firearm. On October 11, 2017, Greenville Police Department Officers began searching for BARNES based upon his potential involvement in another incident. A Greenville detective observed BARNES’ vehicle and followed it to the ABC store located at 2305 South Memorial Drive in Greenville, where he observed BARNES enter the store. The detective called for assistance and other officers responded to the scene. In the store, the clerks refused to sell any alcohol to BARNES because he appeared to be under the influence of alcohol. One of the clerks saw the officers outside and mentioned that to BARNES. BARNES then quickly walked to the side of the counter and placed an object in an open box. He then left the store and was detained. The clerks then observed a handgun in the box. Officers recovered a loaded Ruger .45 caliber pistol from the box.

BARNES has prior convictions for possession with intent to sell and deliver cocaine, common law robbery, and felon in possession of a firearm.

This case is part of Project Safe Neighborhoods (PSN), a program bringing together all levels of law enforcement and the communities they serve to reduce violent crime and make our neighborhoods safer for everyone. Since 2017 the United States Department of Justice has reinvigorated the PSN program and has targeted violent criminals, directing all U.S. Attorney’s Offices to work in partnership with federal, state, local, and tribal law enforcement and the local community to develop effective, locally-based strategies to reduce violent crime. 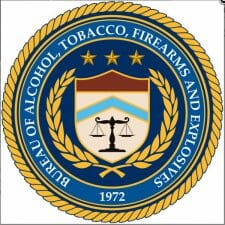 That effort has been implemented through the Take Back North Carolina Initiative of The United States Attorney’s Office for the Eastern District of North Carolina. This initiative emphasizes the regional assignment of federal prosecutors to work with law enforcement and District Attorney’s Offices on a sustained basis in those communities to reduce the violent crime rate, drug trafficking, and crimes against law enforcement.

Investigation of this case was conducted by the Greenville Police Department, the Bureau of Alcohol, Tobacco, Firearms and Explosives (ATF), and the Pitt County Alcoholic Beverage Control Board. Assistant United States Attorney John Bennett is prosecuting the case.

Ba..Ba…Ba…But he’s black, where’s Jussie Smollett’s lawyer. How can this be a black man going to jail for a crime?? I thought that was unheard of these days……

It sure took a lot of federal agencies to “help” the local police to prosecute one little liquor store robbery. They all must have needed to improve their monthly stats.

should have done this in s**t-cago where anything goes. read second city cop & crime in wrigleyville & boystown.

The federal sentencing guidelines are draconian, and remove wisdom and the judge’s experience from the equation. TEN years (meaning he’ll do at least 8.5 years) for having a firearm but not using it in any violent way is obscene. Plus, because a firearm was involved (simply by being possessed, not used in a violent manner) he will be classified as having been convicted of a crime of violence and will therefore spend those 8.5 years having to live violently at a medium security or higher prison (don’t let the word “medium” fool you … it’s violent). When this man is… Read more »

The Feds and many of the states desires to do the same to all of us at their will. Making firearm prohibited person of freed people with felon convictions was a gross mistake. Doing the same for those convicted of misdemeanor assault is bigger mistake.

Justista
Reply to  TS the Deplorable

Well boo hoo. Felons shouldn’t be in possession of firearms and when they catch one they can spare the rest of us of his or her presence for the rest of his life. It’s about time courts started protecting us from these cretins and not turn them back out to prey on us.

Yet Bernie wants to let him vote from jail.

Link
Reply to  TS the Deplorable

Guess you are too stupid to read this part ?

“BARNES has prior convictions for possession with intent to sell and deliver cocaine, common law robbery, and felon in possession of a firearm.”

By law he should not have had the gun, guess enforcement of laws don’t matter to libatards like you.

@TS t D, Yes, and he will, also, be older. Our safety was enhanced for at least the next eight and a half years. If his crimes were merely deferred and will be more violent, as you predict, maybe we use more execution and reserve incarceration for those that may rehabilitate themselves.

When you dumbcrates out law guns,guess who will still have guns——–give up yep you got it out laws.
But his sweet little ol mother said he was a good boy made good grades and was going to collage on a grant.

There are some VERY famous felons. G. Washington, T. Jefferson, B. Franklin, S. Adams –you get it –but there are some even more famous felons. John, Mathew, Mark, Luke etc. and the biggest felon of all JESUS CHRIST. My meaning should be clear by now. It is the work of the powers that be in deciding who is going to present an excuse for disarming the public. The British used each and every excuse to punish their subjects. The war for independence was fought for such reasons. Everyone, EVERYONE, has the right to be armed and self defense wither they… Read more »

A previously convicted felon looses his gun rights BY THEIR OWN HAND! His life choices trumped his rights.

A previously convicted felon looses his gun rights BY THEIR OWN HAND! His life choices trumped his rights.

I try o avoid religious reference; however, I totally agree with what you wrote. I have written the same. More people should do so. The term “felon” has been a catchword causing irrational thinking from emotional reaction. Used to convince even the pro-gun to support unconstitutional anti-gun right laws. Please keep up the good work.

I gurantee you that I have not comitted three felonies today. You must run with a tough crowd jmy man.

Dirtbag!! Good riddance, except the people will have to carry the puke now in prison. Too bad he didn’t pull the gun and resist. That would have been the best outcome for someone like this scumbag.

Just look at New Zealand! One foriegner committed already illegal horrific crime and they punish all the law abiding gun owners in the entire country

OH! WOW!!! So this “opinion piece” is once again showing how the “BACK GROUND CHECKS (nics) HAS FAILED Americans.
And in this piece, WHO SAVED THE DAY? MEN WITH GUNS!!!!!!!!

What, a felon in possession of a firearm. You mean to tell me he didn’t follow the law. It’s about damn time these thugs started paying for the crimes they commit, instead of law abiding citizens. The feds should prosecute every case they can. Maybe then the punks will think twice before using a firearm in commission of a crime.

Yep, all gun laws are unconstitutional —— as some say … wrong!

Using a deadly weapon in the commission of a crime is NOT a “gun law,” per se. It is a CRIMINAL law – an ENHANCEMENT. Any gun law that regulates a law-abiding citizen IS unconstitutional. (What, when, wnere, hos, etc.; all GARBAGE that we are free to disobey and go on about our lawful, constitutionally-protected business.) There. You learned something today..

There ya go. Enforce the existing laws, not write new ones that infringe on the law-abiding!!

Jack Mac
Reply to  Will Flatt

All anti-gun rights laws are unconstitutional and should not be enforced.