U.S.A. – -(Ammoland.com)- “Wait, did the new Batman bolt the gun that killed his parents to his Batsuit’s chest?” entertainment website The A.V. Club asked in a Thursday report on The Batman, the latest cinematic reboot of the comic book hero. The question was prompted by a tweet from director Matt Reeves that included a camera test focusing on the iconic costume symbol revealing what appears to be a gun broken up and remolded into a bat shape.

Repurposing the gun, it is noted, originated “in Detective Comics #1000, published last year, in which Bruce Wayne tracks down the gun that was used to murder Thomas and Martha Wayne, melts it down … and then uses it as the bulletproof metal that makes up the symbol.”

That it wouldn’t actually be “bulletproof” seems not to occur to anyone presuming that it would be, but then again, readers don’t turn to comic books writers’ imaginations for reality. The “thought process” expounded on to reforge the gun into a symbol, shown in another Twitter post including the relevant artwork panels, tells us much about those imaginations.

“But after tonight, it’s never going to hurt anyone again,” Batman/Bruce Wayne asserts as he melts the gun. ‘I’m going to burn the metal that killed my parents. And make it into something useful.”

“So the metal that broke my heart as a child?” he elaborates. “That same metal will protect my heart as a man. And that is justice.”

The inanimate object, rather than the perpetrator, is what gets the blame, and that’s intentional. So the demand is not to defend against killers, it’s to ban firearms demonized as “assault weapons.” At the same time, the message is sent that a gun in its original form has no use but to murder. And leaving the other 98 percent of your body exposed makes for sound tactical planning.

One gets the feeling something other than hearts got broken in the writers’ and artists’ minds in childhood – such as the ability to apply adult reasoning and see how juvenile their presumptions are about practically everything. That includes what constitutes achieving true justice, as the right of the people to keep and bear arms ultimately enables.

Then again, these are people who hero-worship a fictional vigilante that ignores due process, and who treat real people defending themselves as vigilantes. Living in their fantasy world, they also seem to think it’s a bright idea to wear a full-length cape to a street fight. But considering the source, and as I provided links to document in my September commentary on Joker,  Batman has been virulently anti-gun ever since the industry got “woke” and stopped writing comic books for (chronological) kids. Too bad, because when it did, the character started out carrying and using a gun (until a new editorial director ordered creator Bob Kane to get rid of it).

The problem is, we see the same childish blame game being played by gun-grabbing groups, gun-grabbing politicians and the cheerleader DSM. Except that not quite fair—in addition to blaming guns, they also don’t shy away from blaming the NRA. And when they really feel like spreading the blame, they take a trick from the Marxist playbook and blame gun owners by smearing them as racists and extremists.

Curious, for people who claim to be all about equality, the Opposite Day “progressives” reject the most egalitarian power-sharing arrangement ever conceived. And for people who decry the “social injustice” of “the One Percent,” they present as their champion a gun-hating, crusading billionaire.

As Robin would have exclaimed, back when the whole absurd concept was presented the way it merits being treated by adults:

So I had this thought. What if Batman’s parents been run over by a 50’s era Cad Coup Deville? He would have been into a whole different thing now wouldn’t he. 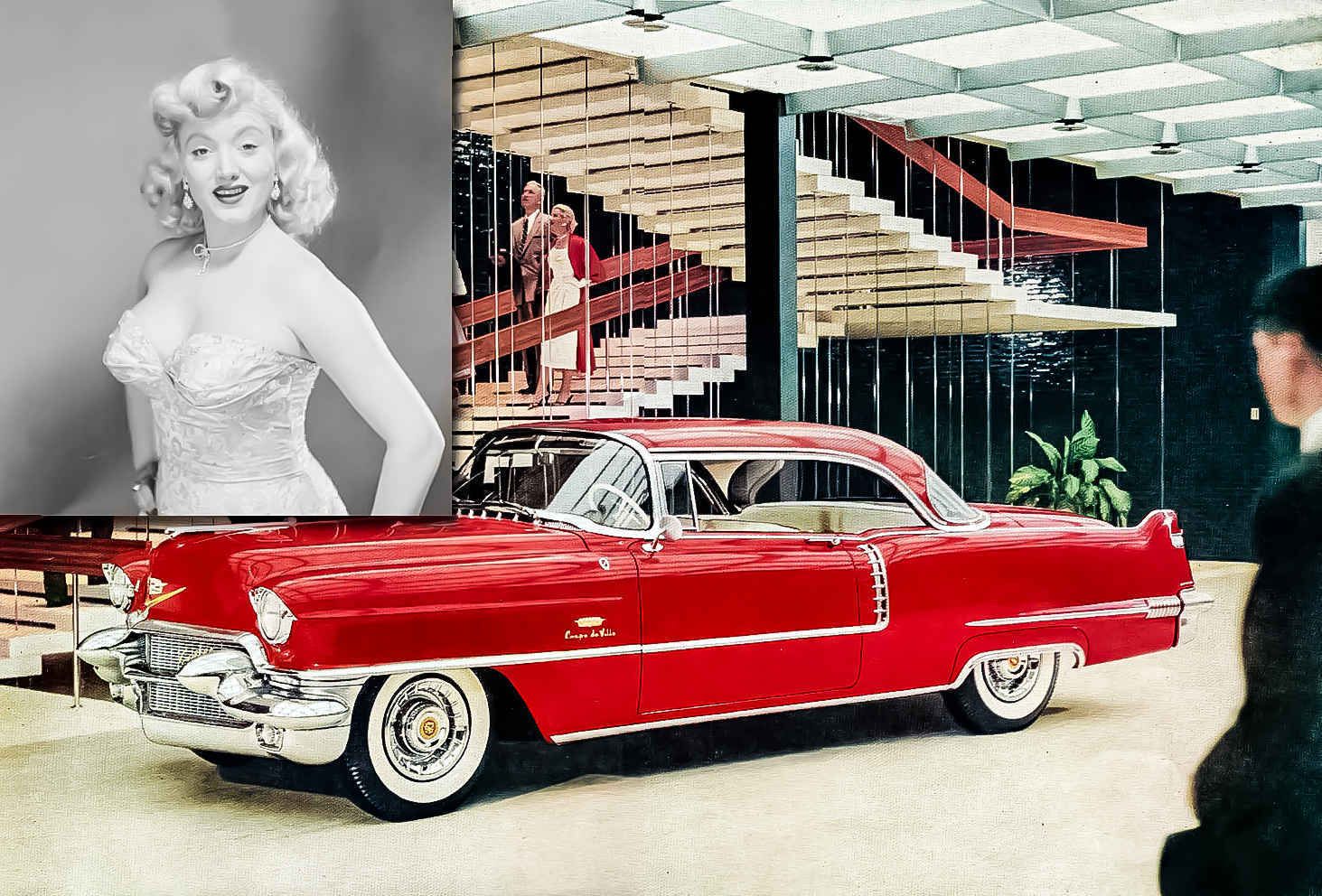 “I’m a gun owner. I have a gun in my house to keep my family safe. I’m trained in that gun’s use. I know how to keep it away from my kids, and I know how to use it if I need to.”
Punisher Star Jon Bernthal

There was a reason Joseph McCarthy targeted Hollywood back in the day. Those very communists were successful in demonizing him and turning public tide against him. However looking forward we can see now he wasn’t that far off, given the fact that those elitists have become the very threat he warned the nation about. Hollywood has become the hypocrites of society in every arena, no longer is it about entertainment but indoctrination. Some actor’s no longer remain neutral, but push their views of anti-anything with no credibility other than their celebrity status. An industry built on make believe has no… Read more »

—Take over the entertainment industry….Check, DONE
One of the 45 point plan of communist goals contained in the ~1958 book “Naked Communist” was read into the Congressional Record (Appendix, pp. A34-A35) by U.S. Congressman Albert S. Herlong, Jr. of Florida, on January 10, 1963. This is the plan to overtake America without firing a shot.
-Take over one or both of the major political parties. DONE
-Take over the media. DONE
-Take ober the educational system. DONE
-Break down the family unit. DONE
DONE
DONE
DONE
Plop, like over ripe fruit….America will fall.

I quit going to the movies a long time ago, maybe somewhere around 1990. I refuse to give my hard-earned money to liberal assholes so that they can turn around and put it in my face while I sit there and take it for two hours. I don’t know what makes them think they’re so special, when really they are just a walking, taking pile of hubris that’s driven by narcissism and hypocrisy. Oh! Wait. That’s right. They’re actors.

@StW, well said, I don’t go to movies either. I can’t for the life of me figure out why people care what folk who pretend for a living think, much less look up to them.

I sing, and I’m always amazed at how people can so easily put you on a pedestal because of it. I know it’s got something to do with human nature, but damn because, all I wanna know is: who’ll stop the rain?

We don’t call it Hollywierd for nothing.

I combine that one with Pratchett’s “Holywood”, and come up with Holy Weird. Its wordplay on their wacko religious fanaticism… 🙂

Life is not a Comic strip or a Hollywood movie…

Window decal seen on the road:
“Childhood is when you idolize Batman. Adulthood is when Joker starts making more sense.”

Comics took a sharp Left turn some years ago, so this is not a surprise. As a consequence, I will not patronize either DC or Marvel, and I strongly encourage others to follow suit. My dictum still holds; “GET WOKE, GO BROKE!”

If we can break the back of the sick entertainment industry, maybe what’s left will return to making wholesome, nonpolitical entertainment again. But millions of Americans will need to pirate Hollywood’s junk so they cannot profit from it. A P2P app, a VPN, and TOR browser is needed for this act of civil disobedience.

Nickname (@stickman0236)
Reply to  Will Flatt

I’ve not seen a new movie in years. Aside from a batman vs superman movie that played on the tv recently. It was stupid bad. Awful. When I see adverts/ trailers for new movies, I’m thankful for the heads-up to avoid them because they look so stupid.

Will Flatt
Reply to  Nickname

I agree, it’s almost 100% dreck. Every once in a blue moon, something good accidentally comes out. Nonetheless, I believe that Americans have the right and the DUTY to wage assymetric economic warfare on Hollyweird and all the perverts, pedophiles, rapists, and communists that dominate the industry.

SGT_Wombat (@wbielins)
Reply to  Will Flatt

Plus it’s a lot cheaper and the best part is you can pause it when needed.

I haven’t help finance anti-gun Hollywood for years either. Plus, so many movies today are crap why risk wasting my money? Comcrap started blocking access to my favorite “free” site, so I use TOR browser to search and a VPN to download.