West Haven, CT –-(Ammoland.com)- Connecticut Carry has received numerous complaints that the West Haven Police Department continues to demand additional and invasive requirements before they allow their citizens to apply for a permit to carry pistols and revolvers.

Further, the West Haven Police Department refuses those applications if a citizen rightfully refuses the demand.

The lack of legal authority for a local police department in the State of Connecticut to invent their own requirements and supplemental forms in the application process has been established in legal opinions dating back to at least 1968 in a published opinion by then-Attorney General Robert Killian.

In January 2010, the Connecticut Board of Firearm Permit Examiners upheld this same legal opinion, extending and clarifying it, publishing it, and sending it to all of the municipal police departments in the state, including the West Haven Police Department.

In April 2012, the Connecticut Board of Firearm Permit Examiners once again upheld this same legal opinion in person in front of Connecticut Carry and the Waterbury Police Department during their monthly meeting.

Connecticut Carry calls on the leadership of the West Haven Police Department to correct these behaviors and to stop infringing on the rights of the citizens of West Haven to bear arms.

Connecticut Carry also calls on Mayor John M. Picard of West Haven to mandate that the West Haven Police department follow the Connecticut General Statutes. Connecticut Carry has also notified the Board of Firearms Permit Examiners and Attorney General George Jepsen in their official capacities on this issue.

Connecticut Carry is a non-partisan, grassroots, non-profit organization devoted to educating Connecticut to our rights in Connecticut. Visit: www.ctcarry.com 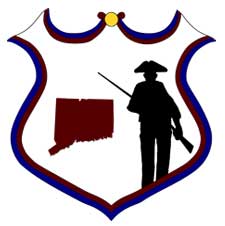 1 Comment
Most Voted
Newest Oldest
Inline Feedbacks
View all comments
AmmolandPlus
Editor’s Pick
Recent Comments
wpDiscuz
We use cookies on our website to give you the most relevant experience by remembering your preferences and repeat visits. By clicking “Accept All”, you consent to the use of ALL the cookies. However, you may visit "Cookie Settings" to provide a controlled consent.
Cookie SettingsAccept All
Read Privacy Policy
Manage consent